Samsung Galaxy S2 4G handset model was launched by Boost Mobiles along with the other two models of Samsung which are Samsung GALAXY RUSH and Samsung ARRAY. 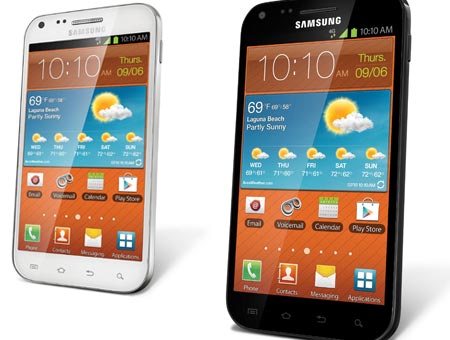 Samsung Galaxy S2 4G is coming with a 1.2GHz Dual core Processor and a 4G network. The fastest state of the art network are 4G, so it is quite obvious that the handset has been designed for the speed. So it is going to be much easier to access internet for every download, upload games and other features. The high speed 1.2GHz Exynos dual core processor removes the left ones if there are any. It has a 4.52 inch Super Amoled Plus Screen and it is protected by the Corning Gorilla Glass technology. The screen is having a resolution of 480 x 800 pixels which enable the users to enjoy every small bit of details of running videos.

Galaxy S2 4G is having 1GB RAM and 16 GB internal memory for users. If we get ourselves concerned to the camera and picture quality, Samsung has given a 8MP primary camera with 1080p for shooting super sharp photos and videos. The primary camera of the device is featured with autofocus, face detection, smile detection, LED flash, image stabilization and others. There is a 2MP front camera which can be used for video calling.

The 4.52 inches touch screen super AMOLED Plus display of the device provides clear viewing of the data. The device also supports Wi-Fi and Wi-Fi hotspot for internet connectivity.

The handsets is perfectly optimized for business purposes as it is supporting Exchange ActiveSync for push email, contacts and calendars along with features like global address look up, HTML view, and ability to create and respond to meeting requests. It also enables the users to create Microsoft compatible documents, spreadsheets and presentations. Another handy feature of this handset is the Hotspot sprint which lets you share you internet wirelessly.

The phone is coming in two colours which are black and white one. It is having Android 4.0 icecream version which gives access to more than 250K applications. Samsung has upgraded the quality to a good extent. It is expected to hit the markets in the first week of September. The mobile will be having a price of around $370 which is no more than its worth.