A good news for all the android game lovers as we all know that with the releasing of some awesome action packed movies we get awesome games, as the film producers find it a great way to publicize their upcoming films, so as a part of promotion they do so release a game based on the summary of the movie. As we know that Amazing Spiderman has released today, the Amazing Spiderman android game has also been released today for the Android and iOS platform. 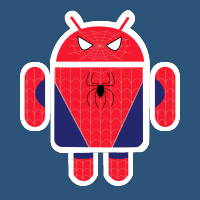 The Android Application game will take you through a spidy action and you will get to play adn do the missions according to the story plot of the movie, you will be fighting the Lizard, other villains and thugs.

What we expect from the android game, are listed below:

I hope you all will surely enjoy the game.