The concept of a security hack conjures images of advanced hackers cracking an impossible code to download all of your information, when it’s actually a lot simpler than that. Most security breaches are caused by employee error, or a few bad apples trying to game the system. In order to stay protected against what’s out there, you need to know what you’re up against. Here are three common security hacks and what you can do to stay protected. 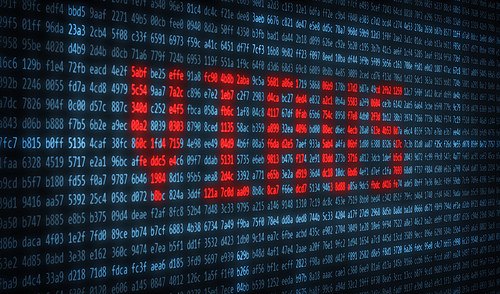 IBM found that 95 percent of all security breaches involve human error. This can be as complex as a weakness in the code or as simple as an employee leaving their laptop alone while grabbing coffee. One of the most common attacks that employees are susceptible to is phishing emails. These emails look like messages from HR or the CEO and appear to be from email addresses like HR@companyname.com. When employees click on the link or download an attachment, their information is stolen and usually used to access other parts of the company.

The easiest way to prevent this is through education. Make it clear what company emails look like and where official communication would come from. You should also train employees on how to spot phishing emails by highlighting odd word choice and poor grammar.

While your employees are on the front line of phishing scams, few will ever come into contact with a DDoS attack. A denial of service attack disrupts the network and ideally causes a website to collapse. It’s a favorite tactic of terrorists and politically motivated hackers who are looking to take down large institutions. Hackers send hundreds to thousands of requests to the network, flooding its bandwidth until it can’t handle it anymore.

These attacks rarely affect small businesses, but you can prevent them with regular maintenance of your traffic and site health. Some security systems set alerts whenever there’s a spike in traffic so you can catch an attack early and work to fight it. If you’re particularly worried about this, set up a back-up server to scale out to a large bump in traffic.

Like a phishing attack, malware is often downloaded when an unsuspecting user clicks on a link or downloads a seemingly harmless attachment. Some malware creators strive to look like honest companies as a way to trick users into downloading their content. Once downloaded into the computer, the goal of malware is to steal personal information or destroy everything on your computer.

Along with employee education, cloud access security brokers can keep your customer and employee data encrypted to reduce the risk of a compromise. Your computer might get infected with malware, but it won’t be able to do anything once it’s there.

These are just a few security attacks that your company could face at any given time, but the best offense is a good defense. If you have well-trained employees, a monitoring system for attacks, and data protected in the cloud, you should be safe from whatever the evils of the internet throw at you.

Previous Post What Games People Play: Mobile Gaming Stats from Around the World