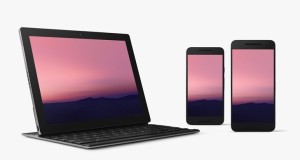 The latest version of android is coming with many great features and one of them is multi-window feature. This feature allows you to open multiple windows at a time and can see on the screen at once and even can access both. For example you can view a picture in gallery window and along with a mini YouTube window which is never seen before in older versions.