Mobile phones have become an essential part of our life. Right from teenagers to old people everybody has a personal cellular device. But the phones that we carry these days looked a lot different when it first came into existence, instead it was completely different and something that you wouldn’t have used. A brick like device that was too huge to fit in your pocket and didn’t receive proper signals, also it was heavy. Advancement in technology has led to massive transformation in the cellular device from its inception to what we carry in our pocket today.
It all started with a walkie-talkie kind of device in 1970s, they were also known as ‘car phones’ owing to their huge size. In 1983 Motorola announced the arrival of DynaTAC 8000x, what was different in this phone was that it was portable enough for people to carry in their pockets or purses. The DynaTAC 8000x was incredibly expensive but it did transform the way people looked at phones. 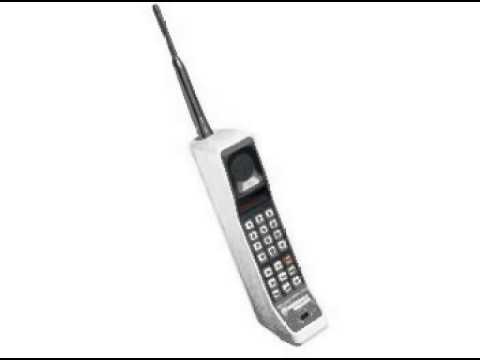 During its inaugural days a phone was just meant for verbal communication, gradually additional features were added like, voicemail, but still the main purpose was to talk. As time passed, phone manufacturers realized that there are several other functions too that a phone can perform. Early smartphones let you access emails, and utilize the phone as a pager, address book and fax machine.

In today’s world a smartphone can perform several tasks flawlessly and it has shifted from a verbal communication device to a multimedia device. We use our smartphones to snap photos, check the mail, update our social media and surf the web rather than actually making calls.

Amazing screen resolution and improved interface makes smartphones fun to use, it also has a memory that replicates a computer, so one can understand why smartphones are in such a high demand. Additionally, smartphones are also replacing other gadgets like cameras and video cameras.

In 2007, Apple launched its first iPhone and it was the smartest phone of that time, with features that other companies had never heard of. Apple’s role of getting into the mobile manufacturing business had a huge impact in the world of smartphones.

It’s not only that mobile phones have added features to its shape but network providers have also improved connectivity through the years. The advent of 4G mobile phones says it all, a technology that outmatches internet speeds of your home broadband is now sitting right in your pocket. This gives you the freedom to perform any tasks with your phone flawlessly.

Mobile phones arrived a little late in India, but it’s now the second largest user of mobile phones in the world. Top mobile manufacturing companies like Apple, Samsung, HTC, LG, Motorola and many more launch their latest smartphones in India along with other countries, there’s no delay in arrival of phones anymore.

With these speedy upgrades of smartphones we can only wonder what the coming years have in store for us in terms of connectivity and networking. Probably a pea sized device performing our daily functions? You never know!

Previous Post Change your Email Marketing Career with this one Tool