Widgets are the best thing Android has ever brought in. They have been a part of the OS right from the beginning. It gives you a quick look of app content that you normally would see by opening the app. Widgets saves you a lot of time that you would spend in searching the app, opening it and navigate through the content you actually want to see. So, widgets make you more productive and help you complete tasks right from your home screen.

Almost every app comes with it’s own widget. All your favourite apps will be having their widgets. But, here in this article I’d like to focus on stand alone widget apps. Apps whose main aim is to show content on widgets. Thus, making you more productive as you work. So, let’s get started.

Note: I haven’t covered some popular apps like Evernote, Google Calender, Wunderlist and others. I’ve mentioned some new widgets and apps that you might have never used and are worthy to stand up in this list.

There are many calender widget apps including the most popular Google calender. I was used it before so heavily. But, I never made use of all of its features. I would just check dates and add events. Also, the app made use of internet to sync it with web app which I never used. So, it also caused battery drain. What I needed was a calender widget app that would drain less battery and would work like a normal calender app. And, I found this super simple calender widget app.

It shows you calender and also let’s you add events. Everything is done on the widget itself. You need not to open the app. Also, it makes no use of internet and makes less use of android resources. So, less battery drain. This is the best calender app for those that want just check date and see events for current day. 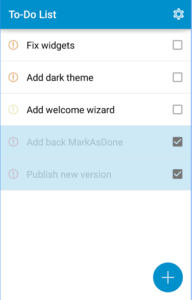 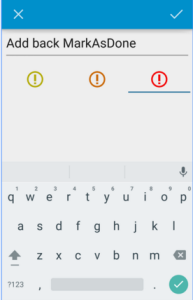 This is the most simplest to-do widget you can ever use. Again, I’m focusing here on widgets that’ll drain less battery and let you do things much faster. This widget has not many features but it’s just the perfect app for those who want to quickly jot down their entire work for the day. You can set the priority of each task that you set. Red, Orange and Yellow is what you get to set priority. Red -> Orange -> Yellow. After completing the task you can check the box that it’s done. Even after you check the box the task still remains down in the list hidden so that you can afterwards check what tasks you completed today. 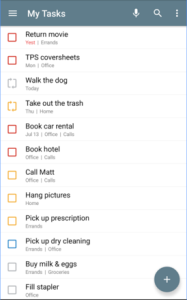 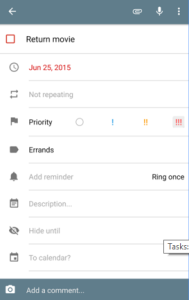 Well, if you want some feature full to-do app. Than I would just you this app. This is a clone of previous most popular task management app called Astrid. You can also opt for Google Keep or Evernote. But, why not give a shot to something new. This app can do all things that you can expect from a task management app. It also has it’s widgets and shortcuts for specific tasks. You can repeat a task and set reminder. Above screenshot shows options while setting a task. This app is the best alternative to Keep and Evernote. 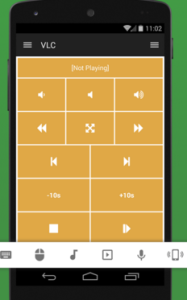 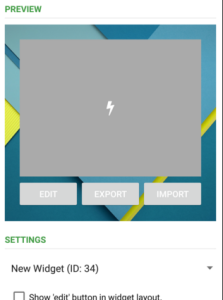 Unified Remote lets you control apps and software on your PC from your Android phone. You can control whole of your PC including mouse and keyboard and even mirror PC on your phone. There are specific options for media software like Spotify, Netflix and VLC Media Player. All of this can also be controlled by creating widget buttons. You can set any layout of buttons you want. And, yes you’ll need to download Unified Remote on PC too.

Another stand alone widget app. Well, you might be using Flipboard or Feedly to feed yourself every day with daily news. These apps come with tons of features. But, this simple rss widget can help you be more productive by letting you see news right on the home screen. Flipboard and Feedly also have their widgets but also are battery suckers. If you have some low-end phone this widget app can fulfil your daily news appetite in no time and with less battery consumption.

Let us know down in the comments if you’re using some other cool widget apps that are making you more productive.