Recently, Ubuntu for mobiles has been unveiled by Canonical, and looking at the features, it looks like it is going to be a great OS for our smartphones. Many of us have used Ubuntu on our desktop, and love using it because of its stability, and clean user interface. Now Ubuntu is making its way into our pockets, through Ubuntu for mobiles. 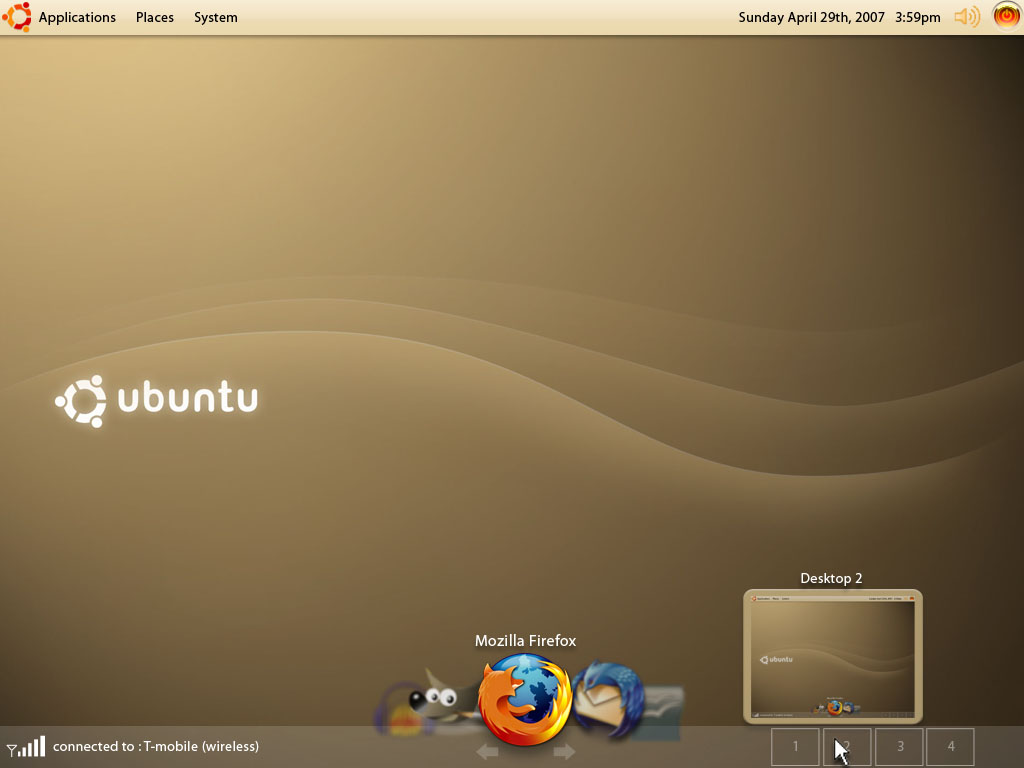 There lies a main question, will Ubuntu for mobiles be a good competitor in the current mobile market which is dominated by the leading operating systems Android and iOS? That’s seems to be a tough question though, still we can get a hint about how much Ubuntu will affect these two well known OS in the future.

In this article, I will be discussing some of great features available in Ubuntu, which would make it better than the current OS, and much preferable to a section of mobile users.

Ubuntu features a simple, clean and effective UI, which lets you do things on your smartphone easily and quickly. Many of us loves cool and simple design, and Ubuntu has it all. One of the things that sets Ubuntu apart from the rest, is the gesture controls.

In Ubuntu, you can control your smartphone by just using gestures, like swiping left, or right, or swiping any edge. It gives better flexibility, and says goodbye to the conventional buttons, which are used to handling other phones.

With just a swipe you can switch from app to app, as well do other things. You can different settings by just dragging down the top bar, and choosing which settings to tweak. All these makes, using Ubuntu easy and fast, and does not wastes too much of time, browsing through different menus or closing and opening of apps to do a thing.

Ubuntu offers a unique way for you to be notified about the latest things that are happening around you, in social networks, and other things. Ubuntu has a beautiful notifications circle, which looks and works awesome.

In the notification which generally comes in place of a lock screen, you can view your Facebook, Twitter and other sites notifications, any missed calls, messages, any locations, and even personal things, like if you are jogging, then you can know how much distance you have covered, by just looking at your phone’s screen.

Ubuntu is very flexible t use, as you can have this OS on your desktop, on your cloud and now even on your smartphone, so that basically makes it very much flexible for you. You can have your things synced, so that you can have access to your content whenever and wherever you want.

Ubuntu is known for its super stability, now you can have that much of stability on your smartphone too, and you can perform your work without software crashes and bugs. Ubuntu works flawless and is very powerful enough to turn your smartphone into a superb multi tasking device.

Will it be a competition for Android and iOS?

Answering this questions is somewhat difficult, as Ubuntu offers some great features and rock solid stability but in the other hand, does not has too much of apps in store. Apps are of the most important aspects in choosing an OS.

Most of us like to have that OS which has aplenty of apps, so that our smartphone can perform a wide range of tasks, and is not confined to only some pre-defined tasks. As Ubuntu is new, it will not have as much as apps as the other two OS, Android and iOS.

This sets a great bar for Ubuntu. Though as said by Canonical, Ubuntu will have many native apps ready for download from the app store, and Ubuntu has the power to convert certain websites into apps, which functions just like the native apps, so that will definitely give Ubuntu a boost.

Now it is time to conclude the article, and we conclude that despite of all these great features, Ubuntu might fall behind these two domination OS, Android and iOS, due to the shortage of apps. However, we can always expect Ubuntu to have a great share in the current mobile market as many of us just loves Ubuntu, and will go for it no matter whether a ton of apps are available or not.

I would love to have your views and suggestions about this topic, so do let me know via the commenting section below. I will be looking forward to your comments, and will answer on your queries.

Next Post Five Electronics You Need to Hibernate All Winter