OnePlus 5T is making news on the web since its first rumour leaked. To-be-unveiled smartphone, OnePlus 5T has recently been spotted on the benchmarking site, GFXBench, revealing most of the specifications. The phone has already been leaked on another benchmarking site, Antutu in the past. 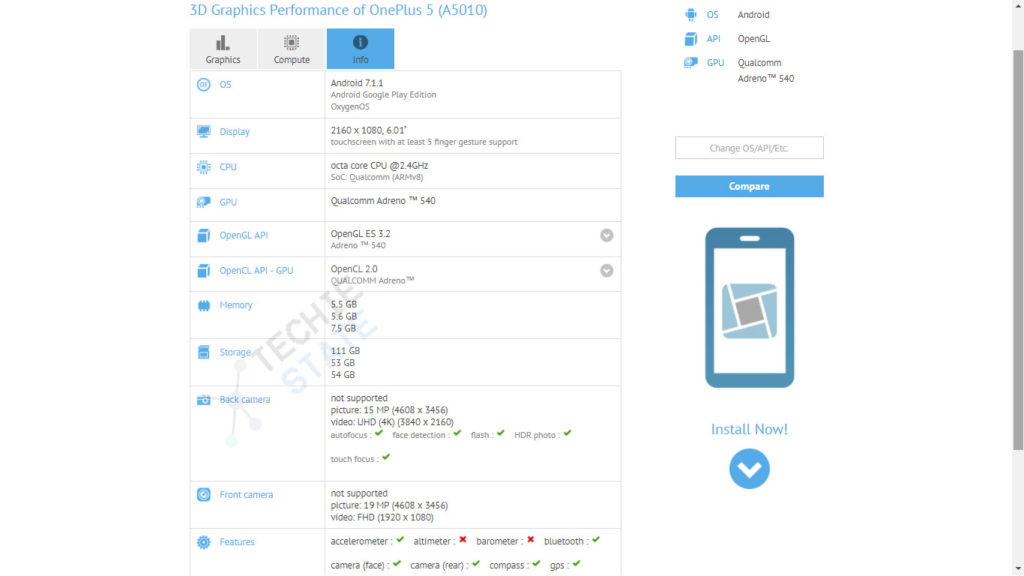 As per the GFXBench listing, the OnePlus 5T, codenamed as OnePlus A5010, will have a 6-inch display with FHD+ resolution at 1080×2160 pixels. Running on Android 7.1.1 Nougat, the upcoming OnePlus smartphone will be powered by a Qualcomm Snapdragon 835 processor coupled with 6GB/8GB of RAM, and 64GB/128GB of internal storage.

The OnePlus 5T is expected to have a dual-camera setup on the back. The listing reveals 15-megapixel back camera, but the phone will most probably pack a 16-megapixel + 20-megapixel dual camera setup, last seen in OnePlus 5. On the front, a 20-megapixel selfie snapper is listed, which is an upgrade compared to its predecessor.

No battery detail is available as of now, but will be more efficient compared to the already launched OnePlus 5.