Keeping track of the latest films and reviews on your Dialaphone handset can be tricky on your own, especially if you’re passionate about the industry and like to be kept totally up to date! Here are three essential apps for the dedicated film fan. 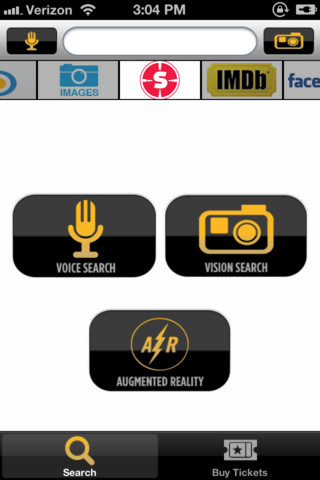 IMDb has almost always been considered THE benchmark for film information. It’s a huge database, with information on over 1.5 million movies and TV episodes, which you can search for via actors, directors, writers, titles and more. Most entries feature photos and many films have trailers you can watch on your mobile device. But don’t go thinking that IMDb is a database of static information – you can also use the app to find real time show times, reviews, and box office charts.

Though a relative newcomer to the scene, Netflix has quickly become incredibly popular as a source for movie and TV show streaming. It can be utilised on your computer, games console, or mobile device. There is a huge number of titles in the Netflix database, with more and more being added on a regular basis. Another huge benefit of Netflix is that membership is one flat monthly fee; no matter how many movies or TV shows you watch per month.

Bit of a silly one, this, but Run Pee does actually address one of the major issues of fanatic film watchers! Ever had that horrible situation where you’re watching an exciting movie that you can’t pause and need to run to the bathroom? Well, Run Pee will tell you which points in a movie are the safest so that you don’t miss any of the important action. Run Pee’s timer lets you know when a boring bit is coming up and how long you have before you better get back in front of the screen. The app also features a summary of what you missed during your bathroom break!

Next Post Easiest Way to Make Money Online for Free