When one thinks of crime, the first image that comes to mind is likely one of a gun-wielding madman, wreaking havoc and creating destruction. Although that image holds true in some circumstances, security experts are pointing to a far more insidious — and sometimes more dangerous — form of crime: cyber-crime. 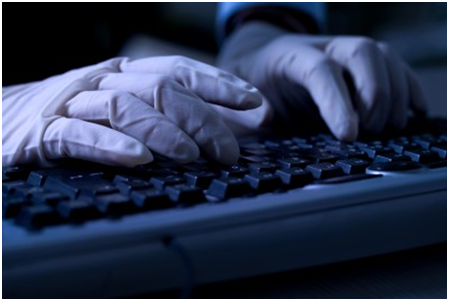 By some accounts, government and business websites and networks are attacked thousands, even millions, of times every day. In most cases, the attacks are immediately thwarted; however, on the rare occasions that an attack is successful, the results can range from a mild nuisance to a full-on catastrophe.

The main point of a cyber-crime strike is to disrupt normal operations; in some cases, criminals seek data they can then use to wage more intense attacks on a particular government or business. For example, a criminal organization might attack a large company with a computer virus during a national holiday, knowing that many executives will be out of the office and unaware of the attack. When the staff returns, they might find that the system has shut down, or that important data has been removed and replaced with inflammatory images or materials that implicate an innocent party. In some cases, such attacks could simply be disruptive or expensive, as the company will possibly need to spend millions on repairing the system, or it could be disastrous, causing a serious breach in the security of important infrastructure or operations that might result in the loss of life or property.

Although the costs of such an attack are a concern, of greater concern to security officials is the fact that the many times cyber-criminals intentionally include clues within the virus intended to make other parties appear responsible for the attack. When that happens, an innocent party may, in extreme cases, be the subject of an unwarranted counterattack, which is one of the ultimate goals of cyber-criminals. The actual target may not be the business or government that’s attacked, but instead another party that will bear the brunt of the retaliation.

Attacks on networks that disrupt operations are serious, but they are just one of many types of cyber-attacks. Investigators have discovered malware that is capable of taking screenshots of user activity, copying files and turning the computers into recording devices that capture user conversations. Many times this malware is spread through email. All a user needs to do is click on an innocuous-looking link. Other types of attacks include denial-of-service attacks, in which websites are effectively shut down until the hacker’s demands are met, or defaced with offensive language or images.

The Effects of Cyber-crime

Cyber-crime is most effective in disrupting normal business. Because many of the targets are major businesses or infrastructure and services such as utilities or food supplies, the idea behind these attacks is to create chaos and create a culture of distrust and finger-pointing that could potentially pit allies against one other.

The threat of cyber-crime is real — and very dangerous — and companies need to take steps to protect their networks and data. Because many companies are turning to cloud services to manage their data, cloud security is of the utmost concern. Organizations need a comprehensive security plan to protect against targeted attacks, using endpoint protection, encryption and firewalls to keep the data safe from intruders and malicious software.

Criminal acts are not always visible — sometimes, they are quietly occurring behind the scenes as unsuspecting victims carry out their everyday tasks. As cyber-criminals strive to come up with new — and more devastating — means to destroy their enemies, as well as their enemies’ interests and allies, it’s more important than ever to pay close attention to network and data security.

Next Post Where’s Your Satellite? Understanding How Your Sat Phone Works