It was a brave thing to do, migrating from the trusted Symbian Belle (now rumored to have been renamed to Nokia Belle) not to the hot and happening Google Android, but to Microsoft’s new baby Windows Phone 8 OS. Albeit gradually through 2011-12, by 2013, the change was complete, although the company claims in its blog that the Nokia Belle will be “… available to some existing smartphones and a selection of smartphones already on the market.” Good news for those Nokia aficionados who were anxious to bid adieu to the Symbian OS (if some FB posts are to be believed)! However, that’s all moot – here’s what counts: the Nokia Lumia series is a hit. In fact, Nokia seems to have earned a lot of new gains in the US, although sales in Europe have suffered since – no reason to believe it’s due to – the migration. Now, smartphone geeks (the term “users” seems a bit mundane, and even “geeks” will have to be reinvented) will aver that they’re extremely picky about the mobile toy they pick and the apps they load on these powerful machines, but there is a diehard loyalty streak in them (a la Harley Davidson fans) that will make them come back to their trusted brand, whatever be its faults. This is what has happened with the Nokia Lumia series, too, especially in the case of the Lumia 920. Users have complained of its unwieldy size, unjustifiable weight, lack of apps, even problems with the OS itself. However, except in Europe, the Nokia Lumia series of smartphones seems to be doing fairly well, which means there must be something going for them, and for the owners. No doubt all the new Nokia series of smartphones are stunners, especially the top of the line 92x series. But just what is it that keeps them bringing back to their favorite brand? 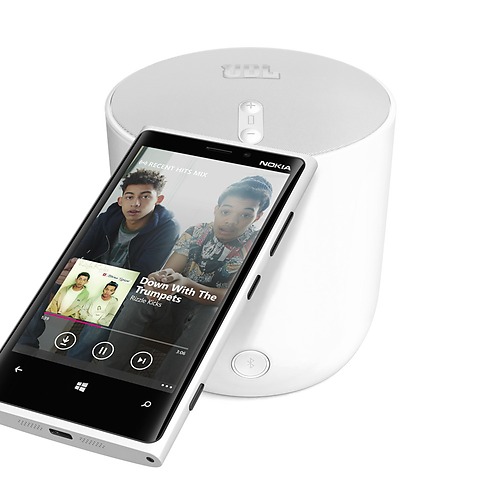 This question becomes even more pertinent in light of the fact that Nokia has just launched its latest thoroughbred from the Lumia stable, specifically from the 92x species – May 13, 2013 saw the official launch of the new Nokia Lumia 925, a new, improved version of its older sister (by about five months, but that’s the rate of decay in technology!)

First, the heavy polycarbonate unibody has been done away with – instead, you now have a sleek aluminum frame binding into a polycarbonate shell at the back. Really looks sophisticated! Another important change happened to the screen itself – the 920’s thick curved glass LCD screen is no more: in its place is a new slim AMOLED screen. While this new display’s other specs: 4.5in diagonal; 1280×768 resolution at an aspect ratio of 15:9; capacitive, Super sensitive touchscreen that uses “PureMotion HD+” technology; 16.7 milliion colors; ClearBlack, Gorilla Glass are all the same as the 920, the AMOLED’s ability to define colors against black is truly remarkable. And of course, these two changes, small as they seem, have helped hugely in removing one of the 920’s most glaring defect – from the Lumia 920’s excessive 184.27g (6.50oz) to the new 925’s reasonably light weight of just 139gm (4.90oz). These are really significant improvements over the 920.

Now, Nokia and Microsoft are really touting the 92x smartphones’ outstanding imaging capabilities, and this is apparent in the small but significant change in the 925’s imaging apparatus, which is largely inherited from the 920. Staring out of the hump at the rear is the outstanding, optically stabilized 8.7mp camera that uses Nokia’s Pureview Technology, featuring an f/20 Tessar Carl Zeiss lens with a short pulse high power dual LED flash and 1080p HD video capture; front camera is a 1.3mp camera, able to record HD video at 720p. However, Nokia has added a sixth, physical glass lens to the five plastics on the 925, which will allow users to exploit the new Nokia Smart Camera mode feature that will really change your movie watching experience. Using a new motion focus feature, it allows users to take pictures and videos and alter them in the background. And in going with the camera apps, great news for movie freaks: along with the Nokia City Lens, Nokia Drive 3, Nokia Maps, Nokia Transport, Nokia Music, and Nokia Smart Shoot, June 2013 could find Nokia Lumia 925 owners watching exclusive editions of Warner Bros’ soon to be released movie Man of Steel, as well as content from the superhit Superman series.

When it comes to market this June, Nokia will start placing the Lumia 925 in Germany, Italy, Spain, the UK and China, followed by a T-Mobile launch in the US. Sources say price would be around €469 in Europe; US prices as yet unknown.

However, these small changes far too impacting to be discounted. But then, the Lumia 920 in itself is a wonderful, feature rich, cutting edge smartphone, one of the best in the world today. So which way do you go? Your guess!

Previous Post Does it make sense to have home phone service in the age of smartphones?