These days it seems like a smartphone can do anything we need it to. You can use your smartphone to check your email and surf the Internet, sure, but that is just the beginning. You can check into your flight and check its status before you even get to the airport. You can use it to swipe a credit card for your personal business. You can use your smartphone to get the news, to share photos, or to scare away pests. And of course, you can also use your smartphone to make calls. Because smartphones are getting increasingly popular and useful, a lot of people are beginning to wonder if they need to maintain their old landlines. Some are also wondering if, upon moving, they should simply cancel their landline service and never sign up for it again. After all, now that they have smartphones, regular old telephones seem a little dated. A lot of people these days are left asking if it makes sense to have home phone service in the age of smartphones. 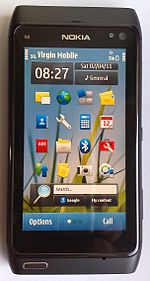 There is no simple, easy, one-size-fits-all answer to this question. Every person is different and needs to evaluate their situation individually. Below are some reasons why you may want to keep or sign up for a landline service, as well as some reasons you might decide to forego one.

Reasons Why A Person May Want A Home Phone Service.

In his article, “Do I Need A Land Line? No… and Neither Do You,” Neal Frankle admits that there are some reasons to keep a home phone service. This actually brings up the only reason anyone would keep a land line…security,” he wrote.  “In a natural disaster, the cell towers and internet may go down, but the land line will likely survive.” He still, however, was not entirely convinced that it is necessary. He went on to ask, “Is that reason enough to keep a land line?” His answer was as follows, “The last time we had a natural disaster, the cell lines did go out, as did the electricity. But the land lines were overloaded anyway…so nothing worked for a few days.”

But not everyone has Neal Frankle’s experience with landlines. Sometimes a home telephone service will work well during a disaster, and if you find yourself stuck in one, you might be thanking the heavens that you have the landline to make outgoing calls. The Washington Post has even weighed in on the necessity of a landline. “Reliable access to 911 emergency service is probably the most compelling argument for keeping a land line, but even that is becoming less of an issue. Pete Piringer, spokesman for Montgomery County Fire and Rescue, said most of the new cell phones have GPS technology that enables dispatchers to figure out where callers are.” But even the Washington Post had some misgivings about ditching the home phone service. “But the switch to the new technology is not complete, and they can have trouble tracing calls to an address if there’s a problem such as a dropped call, a dead battery or a caller who simply doesn’t know where he is. They have the same problem with internet-based phone services.”

Reasons Why A Person May Not Want A Home Phone Service

Despite their utility during a disaster scenario, many people are still on the fence when it comes to getting a landline installed in their home. Neal Frankle, for example, suggests getting rid of the landline immediately. He says that, “it makes no sense to have a telephone land line in my home anymore,” because they cost money and after looking at what they offer, he concluded it was money he didn’t need to spend.

How do you know if you need to spend the money on a landline? Assess your lifestyle. If you tend to move a lot, then getting a landline will probably be more hassle than it is worth. However, if you are moving into a permanent home or already live in one, and you will not need to move your accounts, then a landline might be a good option. At the same time, if you are on a tight budget, then it might simply be an expense that you can live without. The Washington Post reported, “In one of every five U.S. homes in the U.S., there is no traditional land-line telephone anymore, according to an Associated Press story by Alan Fram. And the share of households that relies only on a cell phone rose rapidly last year, driven in large part by household cost-cutting.”