Moto G4 and G4 Plus received the Android Nougat update back in March and their sibling, Moto G4 Play is getting ready to rock the update in June, sources confirm. Releases in august last year, three months after the G4 and G4 Plus, G4 Play is the budget phone amongst the three latest mobiles. Nougat was released back in august last year, the question of when the G4 Play will get the update was on the minds of the owners of the smartphone and was uncertain till now. 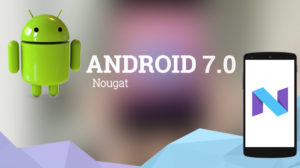 A Lenovo spokesman broke the news that the consumers will start seeing the Nougat update for Moto G4 Play in June globally. Nougat is a major update and brings some exciting new features such as

Use two apps at the same time

Drag and drop text and images when in Multi-window mode.

“Where did the apk file come from” setting.

Direct replies from the notification.

As you can fathom, Android Nougat is a pretty big and cool update for the android ecosystem and the Moto G4 Play users will definitely be excited for all these upcoming features on their mobile phones. It is great that Lenovo confirmed the timeframe for the update without keeping their users wondering of the update.