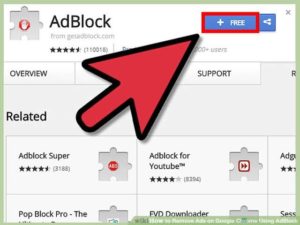 Google is reportedly planning to bring built in ad block feature for it’s popular browser, chrome. They are planning to bring it to both PC and Mobile which is great news for android fans around the globe. Google’s new ad block feature would target pop up ads, auto play videos and certain spam pop ups. This would also target ads that show up before a website opens in it’s full glory.

It is rumoured to be coming within weeks for the users to have hassle free browsing experience. It’s great move by Google and hopefully, other browser giants will follow the suit. Google is also apparently considering all advertising with offending ads. If this is true, ads should become more and more non offensive to survive on Google’s popular browser.
This move may seem counter intuitive to the search engine giant’s ad revenue but in fact, this will generate them more in the long run. It is estimated that 26 percent of US has subscribed to an ad blocking software. Google already pays to be a part of ‘acceptable ads’ program run by a software firm that made the super popular Ad block plus software, which in turn pays to Google for their search engine advertisements.
It’s an alarming news for all the firms and individuals that depend heavily on ad revenue for their business. But it is a very exciting time for the users though who want an ad free experience on their PC’s and smart phones. We’ll be waiting for the software roll out this feature for chrome and will share the experience.