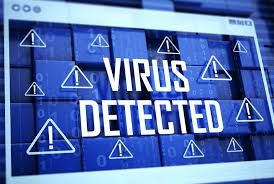 Shadow brokers, the self proclaimed hackers have leaked a potentially harmful malware apparently used by the NSA to target Windows users all over the world. This means that every user of Windows is vulnerable to lose his privacy. Luckily, Microsoft just announced that they have patched the vulnerabilities. The authenticity of this leak by shadow brokers has been confirmed by the officials. This is not the first time that such malware has been leaked. In fact, this is the second time. Previously, the same type of malware was leaked but Microsoft took care of it by patching it’s vulnerabilities.

This leak tells us about the capabilities of NSA and how harmful they could be. It’s a warning signal for the average user to keep their software up to date. People may find the notifications for regular updates rather pestering but it’s very important to keep your Windows updated. Microsoft will be working on their patches and updates almost every single day and it’s very critical to keep Windows updated. Remember, all your data might be under risk. You don’t want that. Also, it’s always better to invest in a premium anti virus software if you’re heavily dependant on your data.

Also, never use a software that is no longer supported. No longer supported means Microsoft or any other company has completely stopped working on that software and it won’t support it if any vulnerabilities occur in the future. So, to be safe than sorry, it’s always recommended to install the latest updates and keep yourself secured from the predators like NSA.