Many people question the need for best antivirus software.  Every operating system comes equipped with a firewall – what if there are some serious security issues that let viruses and malware through a security system?  What if the computer becomes unusable?  Only a few people should have access to your computer – so, as an owner, it is your responsibility to safeguard the computer and all the information on it. With a lot more business and work being done over the internet, it stands to reason that some protection in the form of filters is necessary to protect us from others who are trying to gain unauthorized access to personal information, from remote locations.  Many of the scams are very sophisticated – so it pays to be careful and install antivirus software to ward off threats.  “Prevention is better than a cure” really holds true when it comes down to protecting your PC.  There are many well known companies who provide this type of protection to customers big and small.  Here’s a list of the top 5 Antivirus software on the market and what they can do for you.

5 Best Antivirus Software for your PC–2016

Bitdefender Antivirus Plus is the digital version of the dragon at the gates – fending off attacks from all kinds of viruses and malware.  It offers the best security and is easy to use.  It is also affordable and has won many fans with its superior performance and protection.  It is easy to install – it does a scan before it can be installed and starts working right away.  The interface is easy to understand and use with drop down screens and ease of use through a main screen.  It can block, remove and also neutralize any viruses and malware.  Performance: 10/10 rating Given by Reviewedbypro.com. 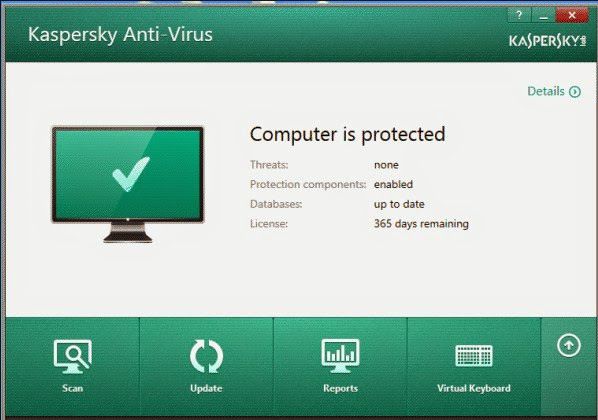 Kaspersky Antivirus 2012 is one of the best Antivirus for your PC of all times. By all AV standards, Kaspersky can detect all threats and is successful 100% of the time.  It is the best defense against hackers.  Users can be sure to get the best in security without compromising on performance.  This software can protect computers not only from known viruses but also prevent threats from unknown quarters.  This product has three different licenses allowing for installation on laptops as well as netbooks.  There is no need for a reboot either.  Performance: 9.6/10 rating.

Panda Antivirus Pro also gets one of the top ratings in antivirus products.  The only drawback is that one can reach the company only by email – no phone support.  This comes from one of the best known security software companies.  This software has the best armor which stops malware from getting in and changing any files in Windows.  Performance: 8.9/10 rating.

F-Secure Antivirus 2016 is another antivirus software which is very easy to install and use. The software uses the resources very intelligently without being intrusive.  Software can be used to clean up files automatically after quarantining dangerous files.  Good implementation and offers rock solid solutions.  Performance: 8.6/10 rating.

AVG Antivirus software offers the best protection against phishing scams. Gamers can play without interruption and surfing the web is made easy too.  Files that are to be downloaded are already checked to make sure that they are safe.   All in all, a good one to have on the computer.  Performance: 8.45/10 rating.

My Verdict on Best Antivirus for your PC – 2016

There is no doubt that every computer needs to be protected from attacks – more and more activities are going digital and with cloud computing becoming more mainstream, it is the responsibility of every computer owner to take measures to safeguard their information.  For my money, the pick is Bitdefender.  Nothing beats the price and the peace of mind this software has to offer.

Share with is which do you think is the best Antivirus for your PC?