Vivo India is here with its new smartphone called V5 Plus, a few months back its predecessor v5 was officially launched. The main highlight of this phone is its dual lens front camera, which is capable of capturing great selfies. The device is especially dedicated and recommended to selfie lovers; it’s a selfie focused device. The smartphone is priced at Rs 27,980. Let’s take a quick look at specifications of this device. 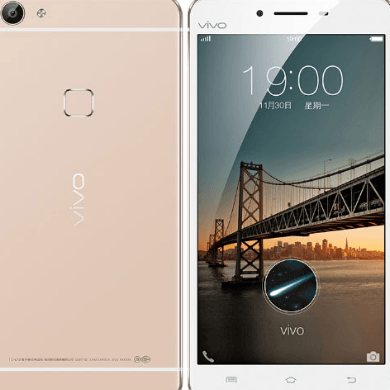 Vivo India’s new V5 comes with a 5.5-inch full high definition display with a 2.5D curved arc glass and also slim bezels. The devices come with a corning gorilla glass five strong protection which protects the devices from falls. Now let’s come to the core part of this device, i.e., processor, the device is powered by a quad-core processor with Qualcomm Snapdragon 625 chipset. V5 Plus is packed with 4 GB of ram which is considered as good for intense gaming and heavy usage. The device comes with a 64GB of internal storage, and it runs on 6.0 Android Marshmallow version out of the box. The device is based on fun touch 3.0 interface.

The front camera is a great combination, the primary camera of this device is a 16 megapixel which comes with LED flash. The front camera is a combination of two cameras, one is a 20 Megapixel camera and the second one is a 8 Megapixel sensor as secondary. The company has confirmed that the camera is co-engineered with Sony, the first 20-megapixel sensor will be able to capture good quality and clear photos, while the second 8-megapixel sensor helps in analyzing the information of depth in the field. Both the sensors will work together in order to produce a bokeh effect in the captured selfies.  The dual lens front camera is something which will definitely attract the consumers to buy this device.

Vivo V5 Plus houses a 3055 Mah battery which comes with a fast charging feature and is non removable. When it comes to connectivity options, V5 plus comes with 4G LTE support, Wifi 802.11 ac,  GPS system and Bluetooth 4.0. By seeing the listing of this device on the official website of Vivo India, we strongly believe that the device will be made available in only one color variant, i.e., Gold. However, it’s not yet confirmed by the company; it’s just an assumption.

Vivo V5 comes with a fingerprint scanner placed on the front, which will unlock the phone within a blink of an eye. The fingerprint scanner is very fast, and it’s reliable, you can also open your favorite/desired apps using the fingerprint scanner. It is embedded in the home screen button,  Vivo has also created a custom audio chip, i.e., AK4376 which produces loud and clear sound while watching videos or listening to music.

Not only just camera, but Vivo has also made some major changes in the software as well. Here are some of the highlights of the improved software.

– Vivo V5 Plus comes with moonlight glow feature which will create stunning lighting effects on the photos captured by the device, it will also give you soft radiant complexion which you can observe on the captured photos.

– Another great thing is Bokeh effect, the second front camera sensor 8megapixle sensor will take the information of depth of field which helps in making the focused object/view sharp, while the remaining background remains blurred. V5’s front camera captures the selfies/photos in the way a DSLR camera does.

– Most probably, the last noticeable feature on this but not the least. Shot Refocus feature will help in the blurring a particular part/region on the captured photos. The selected region will be focused, while the remaining background will be blurred automatically.

So that’s all for now, do let us know your opinions regarding the pricing and specifications of this device. If you have any questions regarding this device, feel free to comment them below in the comment section, we’ll get back to you as soon as possible.

Next Post When Skin Meets Screen: Understanding the Science of Touchscreen Technology