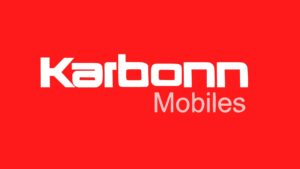 Titanium Vista 4G is comfortable and beautiful looking phone, in fact, it’s a recreated version of its predecessors. The devices with 5 inch Hd Display, powered by MediaTek MT6737 chipset which is not the best but it’s okay casual usage. Now let’s come to the camera specifications, the primary camera of this device is a 8 MegaPixel shooter which is quite old fashioned nowadays since the price is not too high, we can’t expect much than this, the secondary camera is a 5 MegaPixel shooter placed on the right side of the device in the front. Titanium Vista 4G is backed by a 2300 MAH removal battery which will die very soon on 4G connectivity.

If you are someone who is habituated to bigger screen sized smartphones then k9 viraat is for you, The device comes with 5.5 Inch HD display which is great for watching movies and video stuff, there’s nothing much noticeable or impressive difference when compared to Titanium Vista 4G. Almost everything is identical to Titanium Vista 4G. However, the device is backed by a 2800 MAH battery which will last long a day. Just like Titanium Vista 4G, this device also comes with 8 MegaPixel back camera and a 5 MegaPixel front-facing the camera.

Aura Note 4G seems to be quite impressive on paper because the device is packed with 2 GB of ram which is decent enough to handle casual and lightweight games, though the processor is same which comes in Viraat k9 and Vista 4G, i.e., MediaTek MT6737. Camera specifications are also same, i.e., 8 MegaPixel on the back and 5 MegaPixel front-facing shooter; even the battery capacity is also same, i.e., 2800 Mah.

K9 is the four affordable device launched by Karbonn, neither the specifications of this device, are impressive nor any improvement in design and looks. Specs are pretty dull of this device; it comes with a 5 Inch FWVGA display instead of an HD display. It’s a quad-core device which is powered by Mediatek Chipset and packed with 1 GB of ram which is quite low, and the user will have to face lag issues. Both the secondary and primary camera of this device is of 5 MegaPixel, and it runs on Marshmallow 6.0 out of the box. There’s nothing impressive about this device either.

Almost all these phones don’t look impressive to me because the specifications are quite old and outdated, it would be great if they could at least improve the looks of the devices. Let us know your thoughts in the comment section below.

Next Post How Infographics are Helps in SEO, Engagements & Boost Traffic