LG recently launched its latest flagship smartphone G6 at the Mobile World Congress this year just two months ago. The rumors of a mini G6 phone have already started. According to TechnoBuffalo, the alleged smaller variant of the G6 will have the same design as of the original with the only change being that the screen size will be narrowed from 5.7 inches to 5.4 inches. The one thing that LG fans liked about the phone was its small bezel display making the screen size humongous. Named ‘The Full Vision display’, it was the most marketed feature of the smartphone.

The aspect ratio of 2:1 is retained from the original G6. LG is following Apple’s and Samsung’s path as both of them release a variant to its flagship phone every year with minor differences between them. It remains to be seen whether LG follows the same way or has any innovative feature to be displayed. 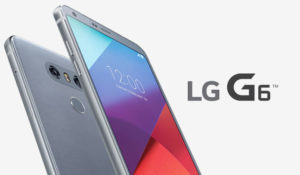 It most probably will be a miniature model with some specs swapped in the mid-range from the high-range LG G6. Also, the smartphone may be exclusively for emerging markets rather than being available worldwide which would not so good news for the LG and Android Fan boys.

LG G6 features a combination of metal and glass design. It comes with a dual 13 MP camera at the rear and a 5MP front shooter. LG G6 also has water resistant IP 68 rating technology. With 4 gigs of RAM and 64 gigs of storage, it sports a finger-print scanner and a 3300 mAh battery.

Next Post The Perfect Accessories to Use with the GoPro