Finally, Gionee has revealed the pricing of its new smartphone called A1 in India. The device comes with a sweet price tag of Rs 19,999 in India. The company has also announced that the device would go up for pre-order and pre-bookings (offline) from 31st March onwards. Gionee has also confirmed that the users who will pre-book the device, would get an extended two years warranty from the company. Along with the 2-year warranty, the customer will also get either a JBL headphone or Swiss Military Bluetooth Speaker for free of cost. 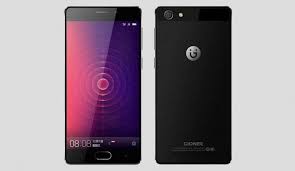 The company has confirmed the details regarding the availability of the devices. However, the actual availability of the stock still remains confidential. They have also said that the device would be made available to purchase on Amazon India’s online store. Gionee A1 comes in three different color variants, i.e., Grey, Black, and Gold.

As far as the specifications are concerned, Gionee A1 features a 5.5 Inch screen sized HD display. Coming to the processor, the device is powered by  MediaTek Helio P10 (MT6755) SoC. It sports a 13Megapixel camera on the back with Dual LED flash and a 16 Megapixel camera on the front with an f/2.0 aperture and 5P lens. The device features an advanced algorithm which detects the user’s face automatically and applies beauty edits in order to make the picture even more wonderful.

So, what are your thoughts regarding the pricing and features of Gionee A1? Let us know in the comment section below.