Finding the best smartphone within affordable range ain’t easy these days. Since many brands have jumped in the Indian market; it’s really hard to make a choice. But most of the popular brands in India are Chinese, and we all know that most of the Chinese products aren’t reliable. So, today in this article we will be suggesting you some of the best smartphones from an Indian Brand called Micromax. It is known as the third largest smartphone manufacturer in the world. So, if you have a budget somewhere around Rs 20,000, then you have come to the right place. All the smartphones which I’m going to suggest Top 3 Micromax mobiles Under 20000 Budget will be best in class and fit in your budget as well.

1. Micromax Canvas 6: The latest canvas series from Micromax is one of the best smartphone in my opinion. Talking about the features, Canvas 6 comes with a 5.5 Inch display, powered by an octa-core processor which is clocked at 1.3 GHz Mediatek processor which is coupled with 3Gb of ram. Coming to the camera, Canvas 6 sports a 13 Megapixel camera on both the sides with LED flash. Currently, Micromax Canvas 6 is priced at just Rs 13,999 in India. 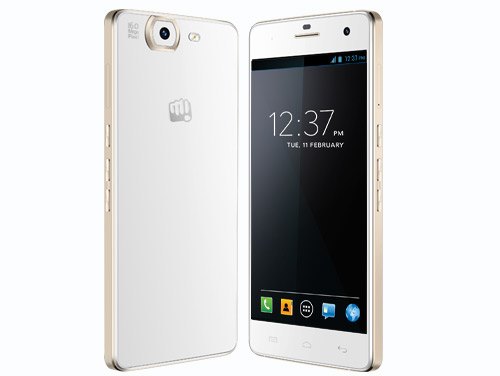 2. Micromax Canvas Knight A350: Knight series from Micromax has gained a lot of popularity for being the best in features and class. The device features a 5 Inch display with 1080 pixel resolution. It is powered by a True octa-core processor clocked at 1.7 GHz coupled with 2Gb of ram. Canvas Knight A350 sports a 16 Megapixel camera on the back and a 8 Megapixel camera on the front. It is backed with a 2350 Mah battery which is said to last long at least a day on intense usage. Micromax Canvas Knight A350 is currently priced at Rs 15,999 in online stores as well ass in Retail stores.

3. Micromax Canvas Gold A300: Canvas Gold A300 is the last option on our list. The device comes with a massive 5.5-inch screen-sized display with a resolution of 1080 x 1920 pixels. Coming to the hardware spec, the smartphone is powered by an octa-core processor clocked at 2 GHZ. It sports a 16 Megapixel camera as primary and a 5Megapixel camera on the back. Micromax Canvas Gold A300 is backed by 2300 Mah battery which last longs at least for two days on light usage. The device is currently priced at just Rs 14,999 in online stores as well as in retail stores.