As you know Play Store is a unique and centralized store for every Android user on any Android device like Smart Phone or Tablet computer. But Aptoide is not like that. Aptoide has may number of stores as of the users. Each user in Aptoide manages their own store.

Aptoide is available in different versions for various type of devices. Aptoide for Smartphones and tablets, Aptoide  TV for Smart Tv’s and, Aptoide VR and Aptoide Kids designed for children’s devices.

Aptoide was initially released on November 17th, 2009. It was developed in Java by Aptoide company. It is an Open source software available in Multiple languages. The app is available for Platforms ARM and Android-x86. The app is introduced in Bazaar Android site by the end of 2010. with the support of the Bazaar site, the Aptoide has come up with the capability of users creating their own store. The Aptoide has finally merged with the Bazaar Android in August 2012 for better communication.

The Aptoide can be considered as a platform for many other apps that are not found in the Google Play Store. This platform is available in over 40 different languages. The users have crossed 200 million in 2017 and 6 million accumulated downloads. Adding up the Applications available over various stores, there are 8,00,000 Android apps in the Aptoide.

In 2017, Aptoide has gone through an ICO (Initial Coin Offering) study to support in developing a blockchain-base protocol, the AppCoins. Appcoins is an open-source protocol.

Aptoide is an open source application and there are many other applications inheriting this concept of multiple stores such as F-Droid. In these apps, the communication between the client and servers is done using an XML based protocol.

The application is Licensed with GNU General Public License 2.0 and was available as one of the Android Marketplace similar to Google Play Store or Amazon Appstore.

The idea of Aptoide is emerged from the APT packaging manager, with the capability of working with multiple repositories or sources. The users can access multiple repositories or packages. When the user wants an application, he can use the client for fetching the Sources (Stores here)where the required application is stored. As the idea of APT packaging manager is used for developing the app, the name also derived from that idea “APT” (The Debian package manager) and “oide” is taken from the last syllable of Android forming “Aptoide”.

Aptoide Uploader was released in June 2011. It can be said as a sister application came out from the same development team. This Aptoide uploader allows users to upload applications to an existing Aptoide store. Aptoide uploader internally uses the Aptoide Webservices to upload the application. This uploaded or submitted apk file is kept in the user’s store where the user can manage it.

Aptoide also provides its users with a provision of backing up their apps to a private store. For this purpose, the users are advised to use Aptoide apps backup which keeps a record of all the apps that are backed up. All the apps in the stores are managed by a back office available in the Aptoide site. Aptoide apps backup also uses the Aptoides web services to upload the apk files to the store.

For knowing whether the application is already backed up or not, Aptoide apps backup uses the info.xml file which is also available in the store itself. This info.xml file is the communication between the Android client applications and the store. The basic info about the apps in the store and all the apps present in the store are listed in this file. Other two files named extra.xml and stats.xml are also available in the store. extra.xml has information like a full detailed description of the apps. stats.xml has the information on the number of downloads and likes are there for the available apps.

How to Download and Install Aptoide Apk for Android devices:

The step-wise guide for downloading Aptoide Apk on Android device is mentioned below.

Steps for Downloading and installing Aptoide: 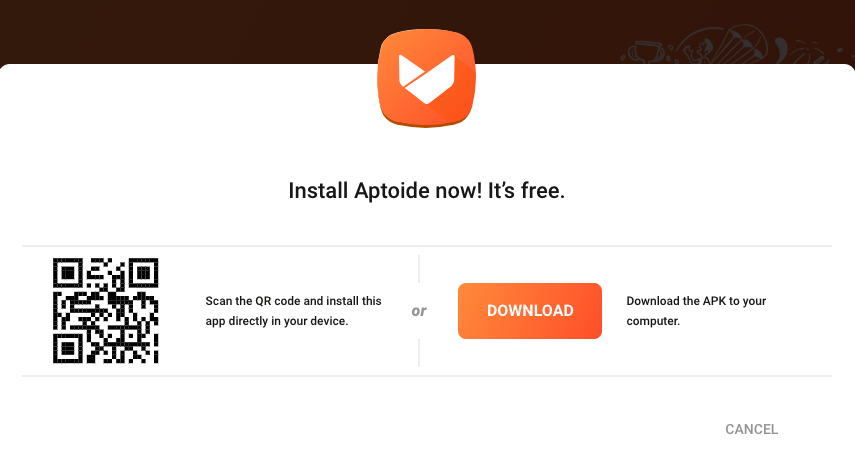 How to Use Aptoide Apk for Android Devices:

Once the app is downloaded the next question that arises is how to use it. As on the Google Play Store, you can find apps in the Aptoide. And in extension, it also has many more features than in the Play Store. In Aptoide there are default apps available for download, Various stores available created by different users.

As a user, you can perform different types of actions on the Aptoide. They include,

The downloading and installing application is enough for downloading the apps available in it. There is no need for registration or login for using the app. But there is o loss of creating the account which in turn provides you with some added advantages.

To download Aptoide apk on to your device, these are the requirements.

The app installation requires a storage space of 23 MB on your device storage.

The main features of Aptoide apk are as follows:

As from the above features and functionalities of the Aptoide, it is not less than a Play Store app. But the only thing is that Google is the brand that we trust and so is the Play Store valued. Coming to the Aptoide there is no such trustworthiness which doesn’t mean it is not worthy. It is more valuable in some scenarios compared to the Google Play Store.