Earlier this morning, we have shared a couple of images of the transparent back cover of the upcoming Xiaomi Mi6. Now, another image of the phone is leaked online. This time it is the blurry image of the back of the Xiaomi Mi6. The leaked blurred image proves that the Xiaomi upcoming flagship smartphone will carry a Dual rear camera setup along with a vertical dual tone LED flash light. Mi logo is also evident there at the bottom of the device. Black color variant is leaked. 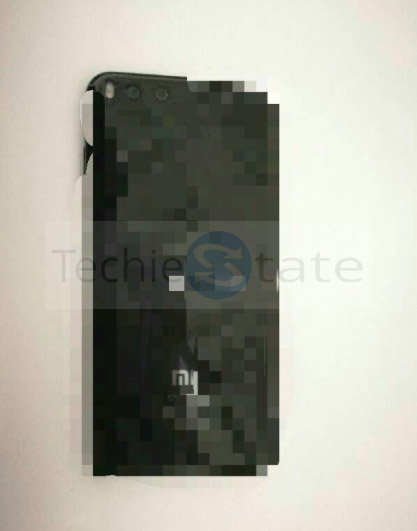 The Xiaomi Mi6 is expected to have a 5.5-inch display and is expected to be announced soon, without any definite launch plans. As per some rumours, the phone could be launched by Mid-April. The device is rumoured to be launched with two processor variants – Snapdragon 821 and Helio X30 chipset.