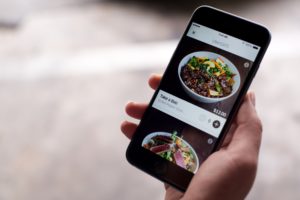 UberEats is currently available in 76 cities across 26 countries. Uber said that they will target 6 more cities by the end of this year, which likely would be large metros like Delhi, Bangalore, Hyderabad. Bhavik Rathore, head of UberEats India said “ The introduction of UberEats in India, with Mumbai as the first city is a major step in global expansion and shows our commitment to this region. The app brings the perfect combination of amazing restaurants, innovative Technology and delivery network at the tap of a button with Uber”.

There’s been a lot of big companies trying to enter the food and restaurant scene in India. But majority of them have tasted failure. Uber’s biggest rival in India, Ola has shut down both of its services Ola café and Ola story after it failed to gain profits. Uber has been successful with it’s food delivery in other  countries but it remains to be seen whether it can taste success here in India.

The launch of UberEats at Mumbai was a rare sight to witness. With a cocktail party set up at Mehboob studios and themed as medieval times with yellowish light all over, it was an incredible experience.