Let us see about waterproof hardware, we use IP rating for all the phone. This Ip rating means, it is always represented by number and it can be calculated by seeing the ability to withstand water and dust. The first digit represents solid particle protection and the second digit to liquid. Some of the phones are simply put stickers that they are water proof but really they are not water proofed. To check a phone is water proof or not you should know the IP rating of that phone.

Samsung Galaxy S7: Galaxy S6 did not have this water proof capability. This Samsung S7 has water proof facility. They can stay in water under 1.5m and they can hold for 30 minutes. And it has 12MP camera and good processor. Water cannot damage any part of the phone. In this we can find the phone is good water resistant by calculating the IP rate. Here the IP rate of this mobile is 68. Not only this feature is making the phone attractive there are many other good features like good display, Bluetooth, clarity etc.. 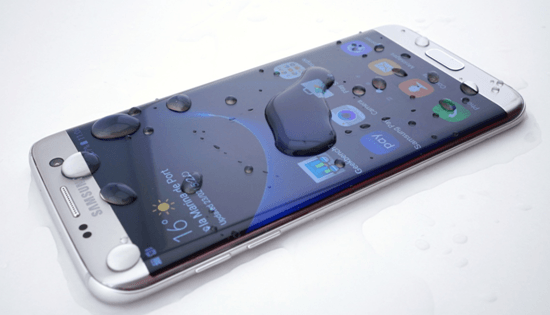 Samsung Galaxy S7 active: This smart phone is similar to that of the Samsung galaxy S7. But its earlier version phone Samsung S6 does not support this water resistant feature. Features of Samsung edge is same as Samsung S7, it can be in water more than half an hour. So the user may not feel uncomfortable to use the phone in rain, pools and etc. And the IP rate calculated for this mobile and it is 68. It has extra protection feature.

Sony XPERIA X  : This is also a production of Sony and its IP rating is calculated based on the water and dust protection. And its rating is 68. The other feature of this phone is has five inch of HD screen. This mobile is sold in many part of Europe and now it may start to ship also in USA. Get your ebay coupons and save money while buying any of these online.

Caterpillar Cat X60: It is been named for ultra durable phones for just few years. Which protects the phone from water and dust, they can be used anywhere, even under water. They have good feature of  attractive camera at front and camera at back with quality of clarity.

These are the very best water and dust resistant phones in the industry.