Technology is creating a whole new revolution in television entertainment. Even before mobile phones and laptops began to invade the market, TV has already been one of the primary means of entertainment. The popularity of this home device hasn’t waned for decades, probably because of the frequent updates and upgrades that television manufacturers implement, one of which is OLED technology. 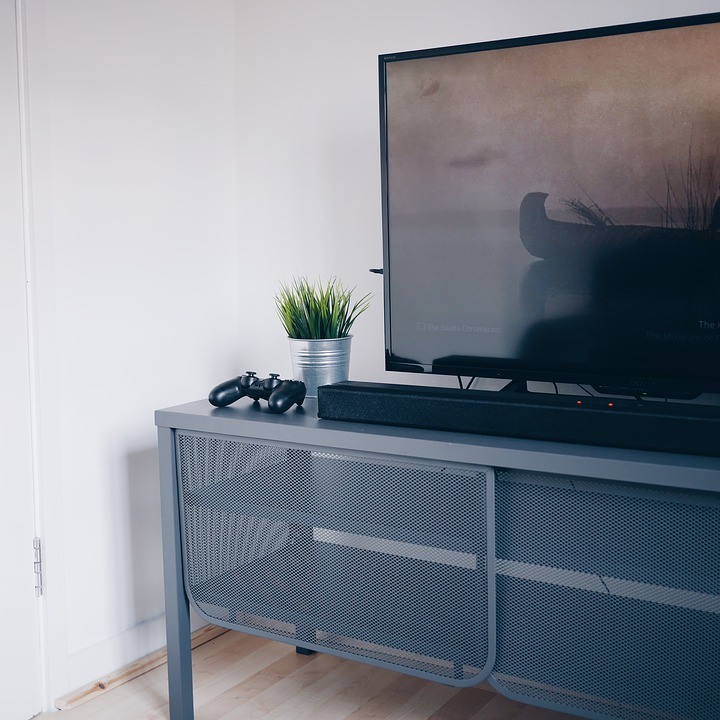 What is OLED TV?

The home entertainment box has gone through a lot of changes, decades after the first electrical television system with a cathode ray tube was invented. The latest string of TV products may fall under either LED or OLED categories.

OLED (organic light-emitting diode) technology makes use a layer of organic materials positioned between a positive conductive layer of a substrate and a negative emissive layer. This technology uses two conductors separated by an organic film.

OLED uses less power than plasma or LCD TV, which makes them a better choice for consumers since it is geared toward more efficient electronics. (You may search for the best 40 inches TV online to help you decide which one to purchase.)

This TV trend carries similar advantages of LED TVs, such as dynamic contrast, cheaper cost of production, better viewing angle, and a wider range of colors. The main difference lies with the orientation of the light. LED TVs are backlit to create the image, a feature that unfortunately cannot create true black colors that OLED TVs can do.

Companies that carry OLED TVs in their product line include LG, Panasonic, Philips, Sony, Toshiba, Loewe, and Bang & Olufsen. For its part, Samsung uses OLED on its mobile phones and not on its TV products.

The OLED TV technology has created a huge buzz among consumers, since it was first launched by Samsung and LG back in 2013. It offers a variety of television features that may sound a bit confusing to casual buyers who are unaware of the technicalities.

The advantages of OLED TVs over others include the following:

The absence of backlight makes the OLED TV a lot thinner than its LCD/LED counterpart. Expect the OLED TV to be lighter as well. In fact, LG unveiled an OLED panel less than 1 mm thick back in 2015!

Because of its material design, OLED has the ability to achieve excellent images on the screen, with its deeper blacks allowing higher contrast and richer colors. This is possible because each pixel on an OLED screen can be turned off, allowing for the deepest blacks in contrast to other bright colors.

OLED TVs can be viewed with no luminance degradation at drastic viewing angles of up to 90 degrees from the center. Even if you’re watching through the OLED TV at a weird angle, expect the colors and contrast to be retained.

OLED has smaller diodes that can quickly change from “on” to “off”. This makes the OLED TV the best choice for gamers, since it does not lag compared to LED/LCD TVs.

Due to its internal orientation, OLED screens may be curved or bent to shape without sacrificing picture quality. The display may be made from plastic substrates that are flexible, which could be a potential solution for roll-up displays on billboards or garments.

Cheaper (in the future)

Did you know that OLED displays may be printed onto a substrate or film using an inkjet printer? This is a theoretical concept that manufacturers are hoping to become the next tech update in the world of TV. Although the cost of OLED TVs are still high these days, market experts are predicting that the technology will become cheaper in the near future.

This new TV technology isn’t perfect, and it has its own flaws such as the following:

The relative newness of OLED TVs makes it a bit pricey at the moment. However, just like how mobile phone costs have dropped significantly in recent times, the same trend may follow suit for OLEDs.

Durability and efficiency of blue OLEDs

Manufacturers have discovered that the blue diode / OLED degrades faster than the other colors, and this may take its toll on the color balance of the TV in the future. To circumvent this, some TV makers boost the power of the blue OLEDs to compensate for its relative weakness.

The OLED’s organic material may get damaged when exposed to water. As a precautionary measure, TV manufacturers have improved the frame and sealing of the TV units to prevent moisture entry.

Other Added Features of OLED TVs

Aside from the preventive measures to compensate for the disadvantages of OLED TVs, some manufacturers put value-adding features to improve the viewing experience and technical performance of OLED TVs. Don’t be surprised to find the following features in your OLED TV:

This produces excellent dark image content and perfect blacks, which may be affected by the ambient light reflected off the screen. It has the ability to reduce glare by limiting the angles at which they are produced.

This refers to the horizontal screen display resolution of about 4,000 pixels. It produces better picture quality.

High Dynamic Range has risen in popularity as a potential TV tech standard. The term is heavily used in photography to boost an image’s dynamic range – that is, the contrast between bright whites and dark blacks.

This feature is extremely popular these days, as more people spend time online. Although desktops, laptops, mobile phones, and tablets allow us to be connected online, some OLED TVs are equipped with Smart TV interface.

This allows the users to watch online videos via Netflix, iFlix, and YouTube. It can also connect to gaming consoles, and provide a wider and better view when using communication apps online.

Judging from its impressive list of features and advantages, it’s quite obvious that OLED TVs will become the next standard for television technology in the coming years.

Next Post Are Self-driving Cars Just for the Rich?