So, the traditional paper booklet passport is going to a memory as the government is making arrangements to issue chip-enabled passports for Indian people. The government has already started the preliminary work to issue the new chip enabled passports. Soon, you will get rid of the booklet type of passport. Over 100 countries are using this chip enabled passport system, at last India is going to be one amongst them. The chip will include the person’s biometric details which are required to authenticate the person and the passport. It looks like India really serious about going into the digital era as most of the things nowadays have started going online. 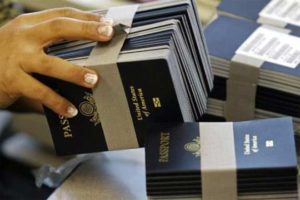 Well, there’s nothing complex about the chip enabled passport i.e., digital passport. It just a simple combination of paper and technology which will contain the details of the person. Digital passport includes the identification details such as fingerprints, iris and even face recognition. Actually, this topic was being planned from a very long time, but none of the official authorities have taken the interest in this. A few days, an official authority has hinted about the digital passport system which is gong to arrive very soon.

A member of Rajya sabha V.K. Singh (minister of current affairs) has said that the government has given the approval for digital passport system. So, what’s your take on this? do you think it will be a good idea to implement in India? Do let us know your opinions and thoughts in the comment section below.