A new mid range smartphone from Panasonic has been launched a few hours ago. The company has named the smartphone as Eluga Pure which comes with a competitive price tag. Follow up the article to know the pricing of Panasonic Eluga Pure and its main specifications. 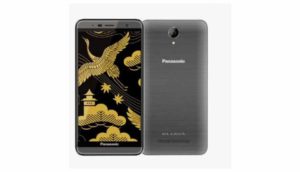 As I said earlier, Eluga Pura is a mid-range player, targetted for people who are tight on budget. The smartphone would be priced somewhere between Rs 10,000 to Rs 11,000 in India. It will be available on E-commerce sites to purchase and also in retail stores.

Panasonic Eluga Pure comes with a 5.5 inch with 720 x 1280 resolution display. Jumping to the hardware part, the device is powered by a quad-core processor which is clocked at 1.24 GHZ. The processor of this device is coupled with 2Gb of Ram and comes with 16GB of onboard storage. The storage can be expanded up to 128 GB using a MicroSD card.

Coming to camera features, Panasonic Eluga Pure sports a 13 Megapixel camera on the back and an 8Megapixel camera on the front for taking selfies. The device runs on Android Marshmallow v6.0 right out of the box and is backed by a 2900 Mah battery. Other basic connectivity features like 3G, 4G, Wifi and Bluetooth are included in this device.

Panasonic Eluga Pure is a dual sim feature device rather than a hybrid slot. So that’s all you will get in this smartphone. Let us know what you think in the comment section below.