Microsoft is rumored to unleash its Windows 10 cloud operating system that runs on ARM devices. It will be marketed heavily for the education sector as per sources. Microsoft is holding a hardware event on May 2nd in New York City. Rumors have it that they will announce some low end devices to compete with Google’s Chromebooks. We will have to wait till May 2nd to find this out.

Windows Central has obtained an internal document showing off the minimum hardware specs for Windows 10 Cloud. Microsoft’s main intention is to provide great battery life for the education industry without having to compromise on performance. More than 10 hours of battery life is expected. Other hardware specs include 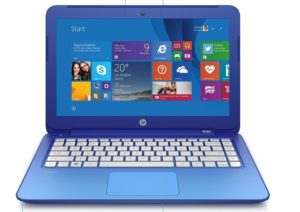 With Redstone 3 scheduled for September release this year, Microsoft is expected to bring in an all new power throttling feature that would effectively throttle the background apps. They will also let you chose which apps to throttle and which to not.  Chromebooks have dominated the education sector till now and Microsoft knows it pretty well. Recent soar in the PC market is the evidence for this. More and more schools and colleges are opting for cost effective chrome books. Microsoft hopes to compete with the ubiquitous google by bringing full on windows with ARM processors. We can’t wait for May 2nd to witness what Microsoft brings to the table.