Videos games have been in everyone’s life from a young age until an elderly age. Different video games dealing with different genres are available today to entertain the society irrespective of the age. Hence, it is no wonder to find dozens of video games that are used with a person. Sometimes the video games that a person owns can be old such that it is not even available in market these days.

A fan of video games would know how much gets stacked in their home every year due to their attraction towards the video games. The basic question is what one does with some many video games after enjoying them multiple numbers of times. While some might consider throwing it away thinking it is of no use to anyone, some might think of donating a few to other hardcore video games fan.The other common idea which has been put to little use is reselling the video games to others. You can sell video games and make some money based on its popularity and its availability. 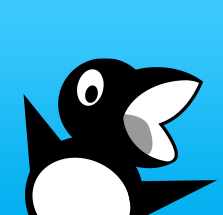 Many would be wondering who would buy and the purpose of selling the used video games. The first reason is that, you have no use for those video games. Either you don’t like that variety or you have completely enjoyed it many times and your interest on that particular game has come to an end. Some video games are available only at certain times in the market and it is very difficult to procure a video game that is not in production. These are similar to books when some edition changes occur the previous edition vanishes from the market. This applies to video games and hence you can sell the video games that are not easily available and make some money out of the used product.

Where video games can be resold?

There are certain sites that have been developed to Sell Video Games that have been used. Most popular online sites that sell used products are Amazon.com and ebay.com. All you need to do is provide the name of the game and the condition and the price for that piece of game and wait for someone to buy it. In eBay you can put it for auction and if it is a very popular game chased by many, then can make more money than you had imagined from that game. There are few other sites that buy the video game from you and sell it to the people who need them. You can expect to get paid well considering the game and its condition.

Video games history can take you back to early 1940s and that invention was called cathode ray tube amusement device. But it became popular only in 1970s. These games were introduced to general public in the form of gaming consoles and as computer games. From then different sets of games are considered different generations of video games. Each generation had some popular games and some of them are not available anymore. Wikipedia can give you a list of popular games in each generation. These games can be resold if they are not used anymore.