Huawei seems to be all set to launch a brand new smartphone which is named as Honor V9 and Honor v8 was old version. Officially, the company has confirmed the launch date of Honor V9, i.e., February 21. However, the company hasn’t confirmed anything regarding the availability of the smartphone. The official teaser of Honor V9 confirms that it comes with dual rear camera setup just like the Honor P9. We strongly believe that the device would go on sale after the launch in China. In case, if you aren’t aware of the specs, then here are the leaked specifications details of Honor V9. 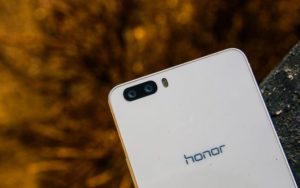 Honor V9 sports a 5.7 Inch QHD display with 2.5D curved glass. There is no information regarding the resolution of the device. When it comes to the hardware specs, Honor V9 is powered by octa-core Kirin 960 processor which is coupled with 6GB of ram. The device comes with 128GB of onboard storage which can be further expanded up to 128GB using a MicroSD card.

The device is reported to be running on Android 7.0 nougat version out of the box with EMUI 5.0 skin.Honor V9 sports 12- megapixel dual rear cameras, with dual tone, LED flash and an 8megapixel front facing the camera for selfies. Honor V9 also comes with a fingerprint scanner placed on the back. The device is powered by a 3,900 mah battery which supports fast charging. Honor V9 is dual sim device and provides support for 4G, wifi, and Bluetooth as connectivity options.

Talking the pricing of Honor V9, then it is expected to somewhere around Rs 20,000. however, it is not yet confirmed by the company. Keep visiting our website to know updates on Huawei Honor V9. Also, let us know your expectations and pricing of this device in the comments section below.