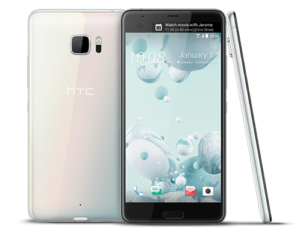 As per the reports, HTC U would be coming with a huge price tag of Rs 63,000 to Rs 64,000 in India. However, this is just an expected price based on the rumors and reports. The actual price may vary after the official launch of the device.

HTC U comes with a massive screen size of 5.5 Inches with a resolution of 1440 x 2560 pixel display. As far as the processor is concerned, the device is powered by an octa core processor with a clock speed of 2.4GHZ and is coupled with 6GB of Ram. The device comes with 128GB of internal storage, it does support MicroSD card to expand the memory.

Talking about the camera, HTC U bears a 12MEgapixel camera on the back and an 8Megapixel camera on the front for taking selfies. It also comes with a fingerprint scanner and 4G support. So, only these were the leaked specifications of the HTC U, keep an eye on our site to know more about this device.

Previous Post 5 Specs to Look for in a New Laptop