More parents than ever before are giving their kids cell phones. By some estimates, more than 80 percent of kids over age 14 have their own mobile device, and almost half of kids over age 8 have one. Although some experts might have concerns about the effects that mobile devices have on young children, most parents argue that the benefits far outweigh the risks. 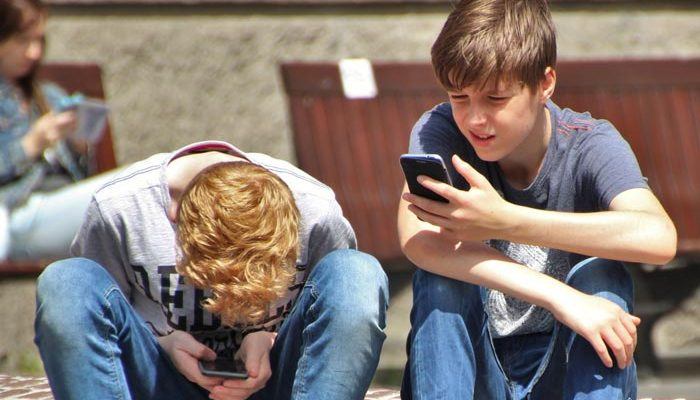 And there are some significant risks when it comes to safety. Cyberbullying is certainly a concern, but there are additional cyberthreats that can put your child’s personal information, and your family’s cybersecurity, at risk. Hackers don’t discriminate based on age, and some even target younger people because they are more likely to fall for phishing messages or make mistakes that leave their devices and personal information at risk. For that reason, parents need to take steps to keep their kids safe on their mobile devices.

The first step to keeping kids and their mobile devices safe is to provide education and set some ground rules. Remind your kids not to engage with people they don’t know on social media, and to delete messages that look suspicious or ask them to click links or provide personal information. If they aren’t sure about a message, remind them to check with you. Establish ground rules about which apps they can use, and where apps can be downloaded from. For younger children, using an app or program that allows you to monitor their activity and set limits from your device isn’t a bad idea.

For kids of all ages, insist on having usernames and passwords for all accounts, and access to their social media accounts to stay on top of their activities. Explain that you aren’t trying to invade their privacy, but that you need to know what’s going on to ensure their safety. Even just reminding them that you will be checking up on their messages and activity occasionally can deter many kids from inappropriate behavior.

Some people are still reluctant to use antimalware and security protection on their mobile devices because they believe that they aren’t as risk. The truth is, though, that even if the risk of a mobile phone being infected with a virus is lower than that of a computer, it’s still possible for hackers to infect phones with spyware, adware, and other forms of malware – especially when kids are involved. Use a maximum security program to protect all of your devices to ensure your kids don’t accidentally download harmful software when using their devices. Teach your kids to only use secure connections too, and how logging into free WiFi or using open networks can put them at risk of being hacked.

Don’t forget to use the device’s security features as well, including passcode and biometric locks, as well as phone finder and remote lock and wipe features. Locking the phone not only prevents thieves from accessing the information it contains if the phone is lost or stolen, but also prevents anyone from accessing accounts and impersonating your child on social media or email.

When your kids download new apps, go over the privacy information with them and make decisions together about what information the apps can access and when. Show your kids how to determine what to allow and make good choices to only allow access to the information the app needs to function. Also, set the privacy functions for each individual app as needed. Most apps don’t need geo-tagging capabilities, for instance, and for those that do, allow permission only when the app is in use. (Always turn off the geo-tagging feature for photos). The same goes for the phone’s camera and microphone. Only allow access when necessary to prevent anyone from spying on your child or your family.

Maintaining privacy also extends to the information shared. Remind your kids not to share personal information online, and to come to you if they suspect that something has been shared. Again, they shouldn’t interact with people they don’t know online, and report any suspicious or inappropriate behavior to you. Open and honest discussions about the appropriate use of mobile devices and the consequences of not following the rules are key to keeping your kids safe and protecting them from the myriad dangers found online.