A few days back, in an event, Gionee had launched a new smartphone which is named as Gionee A1. The main highlight of this device is its front camera which is a sharp 16 Megapixel shooter for which the device is known as selfie expert. Gionee A1 is actually a medium ranged device which is priced at Rs 19,999 in India. The device would be sold in three different color variants, i.e., Black, Gold, And Grey. Currently, the sale of Gionee A1 is live only in Europe. However, the company has started accepted pre-bookings for this device from the Indian consumers. 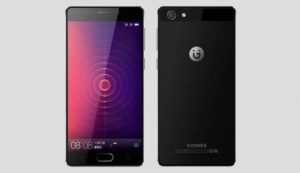 If you are looking for a good camera feature smartphone, then this device would be a perfect fit you. As I said earlier, it bears a 16 Megapixel shooter on the front and a 13 Megapixel camera on the front.  The device is powered by a massive 4,000 Mah battery which provides a talk time of 38 Hours and Standby time of 228 hours. The device runs on Android version 7.0 Nougat right out of the box with a 2GHz MT6755 MediaTek Helio P10 octa-core processor. The device’s processor is coupled with 4GB of ram and 64 GB of internal storage which can be further expanded up to 256 GB using a MicroSD card.