There are many data-heavy functions which have become a part of the everyday schedule in a business, be it downloading large files, accessing cloud-based apps, streaming videos or something as regular as video conferencing. Various video services require to be supported by high-speed internet connection as high as 5.0 megabits per second only for an HD video streaming. 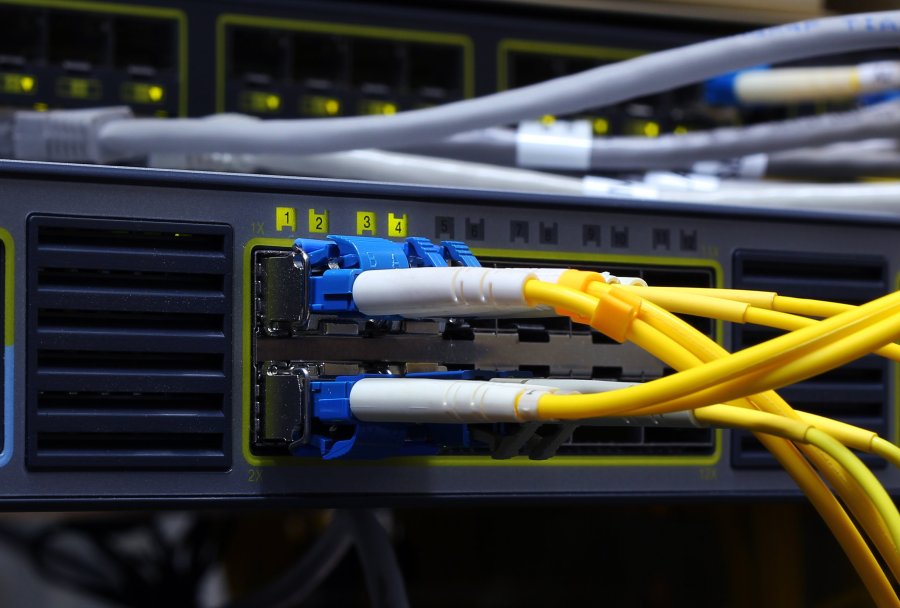 Imagine a scenario where multiple users sharing the same internet connection are concurrently performing heavy data tasks like attending a video call, uploading large files etc. If your bandwidth is limited to providing a speed of 20 Mbps, things can slow down very quickly, especially so in a rush hour. Expecting your need for a superfast fiber internet to be fulfilled by traditional ADSL connections for your internet service can be extremely frustrating as the supply will not live up to the demand.

However, it is common to find businesses relying on the traditional arrangements for years as they continue to be unaware of the technological advancement made in this department. If you are willing to optimize your internet connection to enhance your company’s productivity, you have to understand the progress made by the mediums available in the market.

Ever since telephone made an appearance 100 years ago, the dominant material used for wiring was copper and given people’s familiarity with this medium they never considered supplanting it with anything else. The copper cabling, copper phone wire did very well in perfecting the voice signal but when it came to bandwidth, the limitation became a focus. It was the limited /bandwidth associated with copper that gave way to the advent of fiber optics, giving birth to fiber internet.

Launched in the 1970s and first time installed in the 1980s, fiber optics technology transmits data through highly transparent material usually made of glass or plastic taking very thin strands and it is its bandwidth and distance capability that made it significantly more affordable than the other mediums. By mid-1990s it was discovered that fiber not only enhances the performance reliability of cable television, but both phone and internet service could be offered with the same fiber.

Since scientists and researchers keep experimenting, they realized that copper can offer all the benefits of a fiber, and today, internet service providers are relying heavily on copper to deliver unheard-of speeds. Along with speeds, copper wires can deliver better bandwidth and latency than thought of before. The new technology called vectorization utilizes very thin copper wires to deliver the fastest broadband to subscribers. Though already established for its superiority in Europe, in India, Chennai was the first city to receive this high speed internet.

The successful launch of v-fiber broadband in 2016 led to the proliferation of the technology to other cities, and now it is set to become a standard of the country. The transmission is a lot faster and results in less attenuation and the latest copper cables are not easy to break and also impervious to electromagnetic interference. Hence, it can be solved simply by switching to vectorization enabled broadband, if it is your slow internet connection affecting the productivity of your business or venture.

To sum up, leading network service providers offer new broadband plans under ‘V-Fiber’ which is based on Europe’s No. 1 fixed broadband technology, Vectorization and it will offer speeds of up to 100 Mbps to the subscribers. Small businesses can benefit immensely by opting for this technology, and improve the overall working capabilities of their employees and productivity of their operations.

Previous Post Top Tips For Speeding Up Your Laptop