In today’s match, CSK Vs KKR are going to combat against each other in a head-to-head match. The organization has scheduled to host the match at MA Chidambaram Stadium, Chennai on 9th April 2019. The players are all set to play the match with utmost confidence at 8 PM in Chennai Stadium. The players are going to play their 23rd match on Tuesday. As of now, the team players are gearing up themselves to win the match with their stunning gameplay. Till now, Chennai Super Kings won a total of 4 matches out of 5 matches in the IPL 2019 season 12. On the other hand, Kolkata Knight Riders have won a total of 4 matches out of 5 in the current edition. 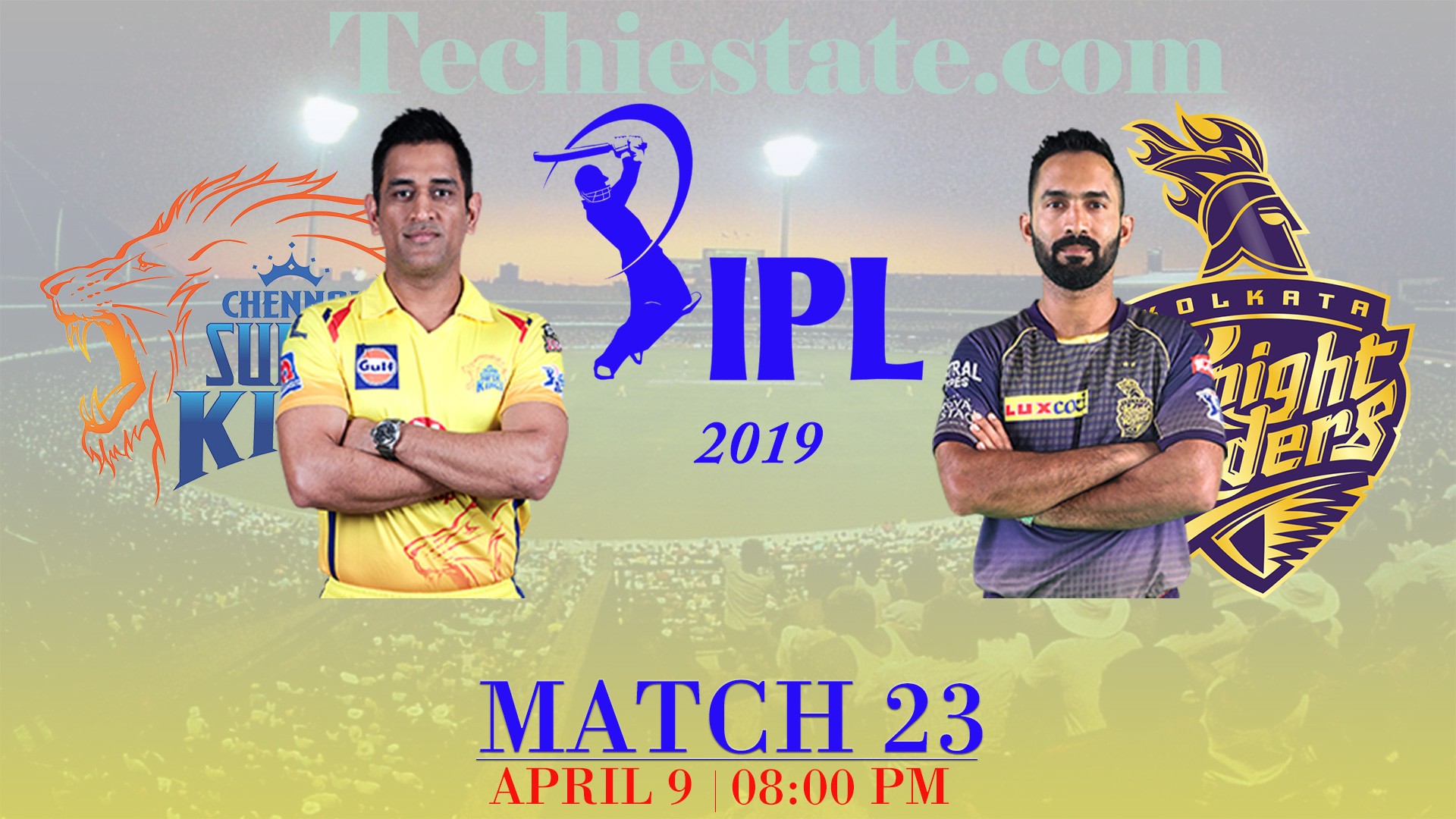 Both the teams are on the topmost positions on the points table of IPL 2019. In the journey of KKR, Russell has dragged the team towards success with his outstanding performance. On the other hand, the team players from CSK have been delivering their performances at different instances in various matches. This match might become the best ever match in the current season as two topmost teams are going to participate in the match. Here is everything you need to know about Chennai Super Kings Vs Kolkata Knight Riders 23rd match in the home ground of CSK. Get to know the latest updates about the upcoming match here. Have a look!

Chennai Super Kings is in great form in this season. They have already set a record by winning 4 out of 5 matches in the current season. The winner of the match will definitely place the highest position on the table. It is definitely a tight position to predict the winner of this match. The captain plays a vital role in handling the players of the team. This way, they could definitely reach peak levels of success. CSK have immense chances to win the game in today’s match. The player’s performance also depends on the pitch in Chennai.

Kolkata Knight Riders are in full form as it has already won 4 matches out of 5. KKR is fully dependent on Andre Russell. In this season, this West Indian player has already scored runs at a spectacular strike rate of about 270 in the current edition. However, it’s going to be a tough match between the topmost teams today.

We wish both the teams to put their utmost effort so as to win the match in Chennai. For more latest updates, stay tuned to this website. Get to know more about the match preview, pitch report, live streaming cricket scores and more.