If you want to record videos on your Mac there are a number of software that will let you do so by capturing your screen, recording footage from a webcam or via some other method. As you can imagine the video recorders that are available vary greatly in terms of their capabilities, features, as well as price point – but there are some that distinguish themselves from the others.

Assuming you are looking for a good video recorder software for Mac, these 5 are definitely the best out there:

Most people will instantly recognize QuickTime as Apple’s default media player, but few realize that is also has screen recording capabilities tucked into its features. More recent editions of QuickTime also include basic editing capabilities built-in as well.

Make no mistake the screen recording in QuickTime is nothing to call home about but it will let you choose to record an area of your screen or the entire screen, as well as audio from a microphone. That being said its frame rate caps at 15 frames per second and it cannot record system audio – which are prohibitive limitations in many cases. Its editing tools are limited as well, and while it can trim, split and combine video clips – that is about all it can do.

Overall QuickTime represents a quick and free way to start recording videos on a Mac. It may be far from the ‘best’ in terms of features, but as a cost-free, entry-level option it is certainly worth considering. 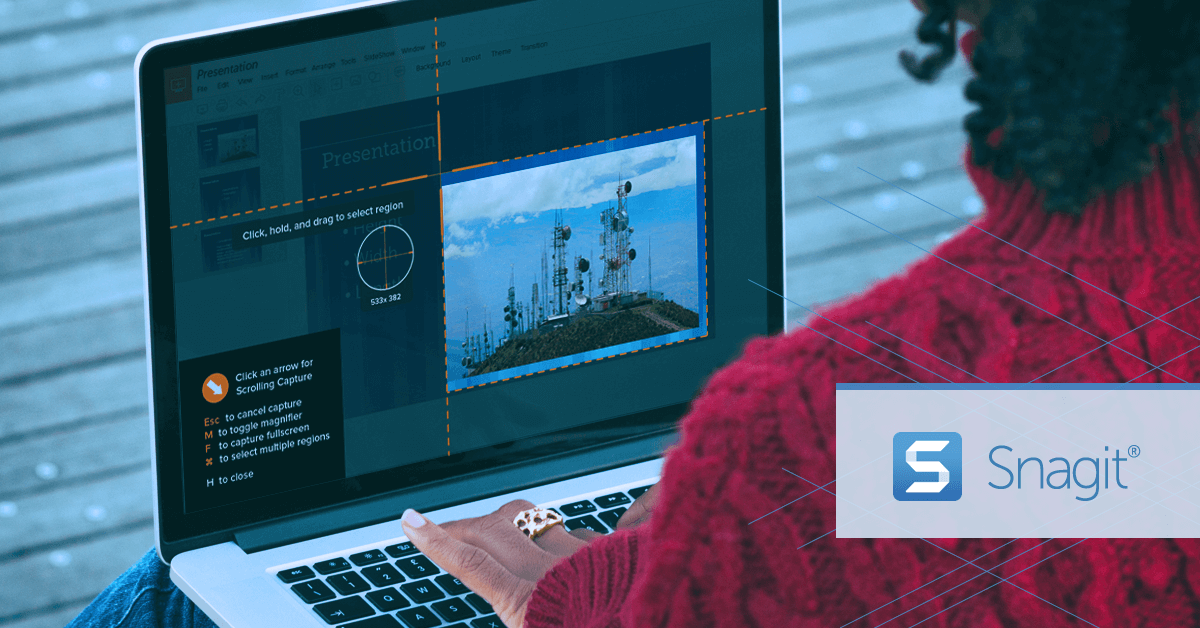 Simple, straightforward and designed to capture short videos, Snagit is essentially a slimmed down alternative to the professional video recorders out there. It is capable of recording videos from your screen and then editing them in a number of useful ways.

When it comes to screen recording, Snagit is a distinct step up over many of the free options that exist. It can capture both videos and screenshots from any region of your screen or a webcam, and record system audio or audio from a microphone. On the editing front it can trim, split and combine videos as well as add annotations, place stamps, or insert objects.

Although Snagit’s editing tools may not be on par with other recorders, its focus is distinctly on helping to quickly create short videos and screenshots. On that front it certainly excels, and at $49.95 is cheaper than most professional video recorders. 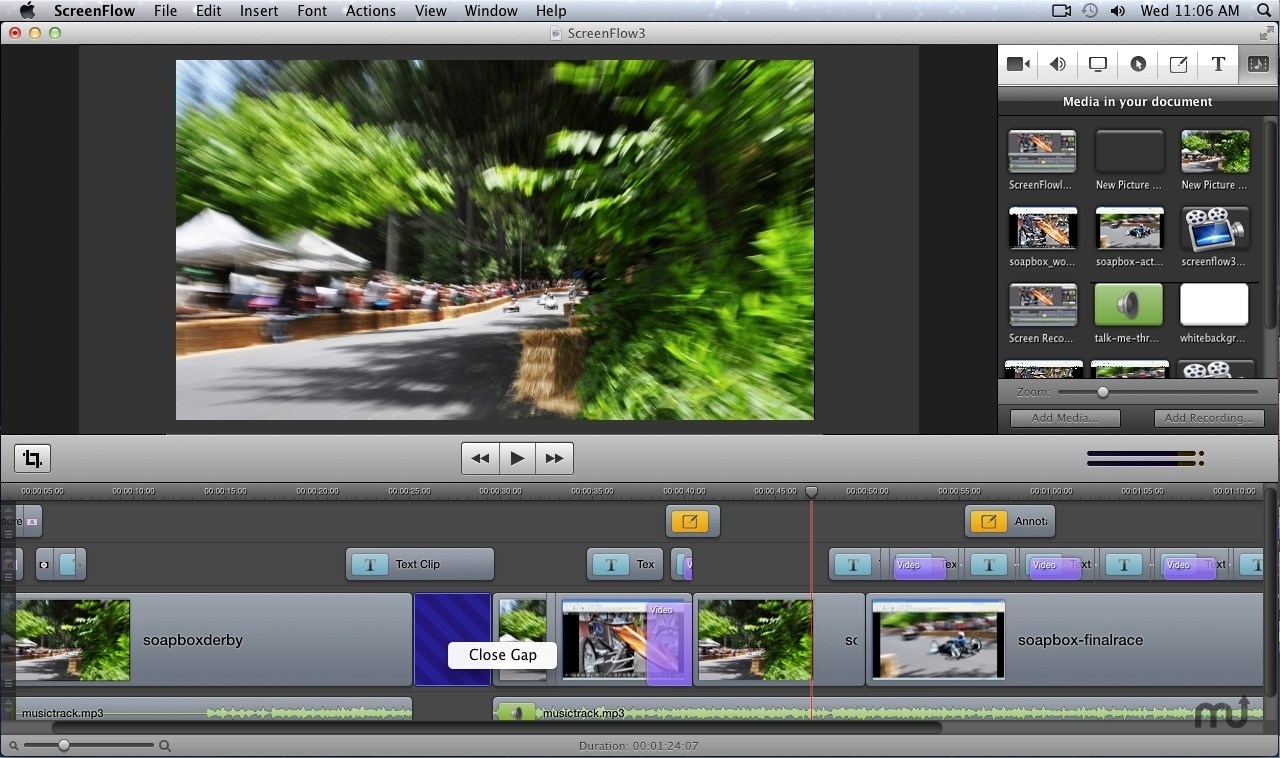 Historically one of the more popular video recorders for Macs, ScreenFlow is an award-winning video recorder that has a healthy following. Due to its advanced features, it is often used by professionals to create and edit top quality video content.

As you would expect from a recorder of its caliber, ScreenFlow is capable of recording videos from a screen, webcam, iOS device, along with audio from the system audio, microphone, or multi-channel audio devices. Its editing features are similarly impressive, and include audio mixing, special effects, callouts, animated titles, and many other advanced features.

It is easy to see why ScreenFlow is often regarded as the standard by which most other Mac video recorders are measured against, and it is capable of delivering on its promise of high quality video content. That being said its functionality does come at a price, and the standard version will set you back $99 – with more advanced versions that include additional artistic effects and premium support clocking in at $149 and $179 respectively. 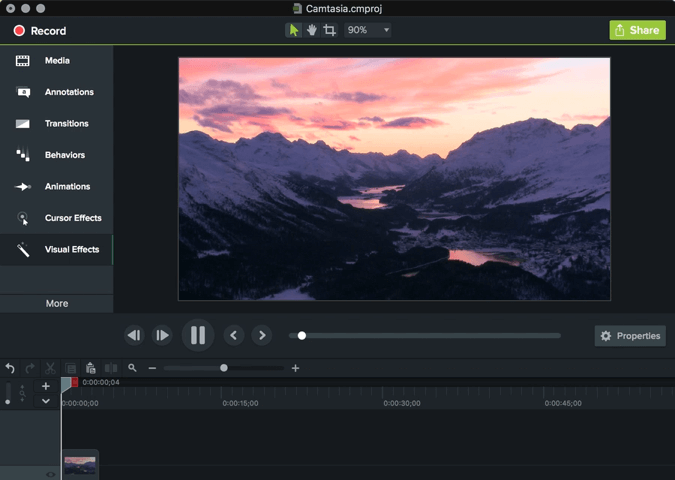 Another popular video recorder for Mac, Camtasia is often the go-to option of choice when it comes to professional video recording. It comes equipped with a range of features that will let you record and edit high quality videos, while at the same time being known for its user-friendly approach.

On the whole Camtasia has everything that you’d want in a Mac video recorder. It can record video and audio in any form, and has editing chops to rival any professional video editor out there. With a variety of animations, transitions, special effects and audio effects; there is little that Camtasia isn’t capable of when put to the test.

While it is certainly rich in features, Camtasia’s price tag is similarly upmarket. It costs $199 for the software, with an additional $49.75 to be added to that if you’d like free upgrades and priority support. 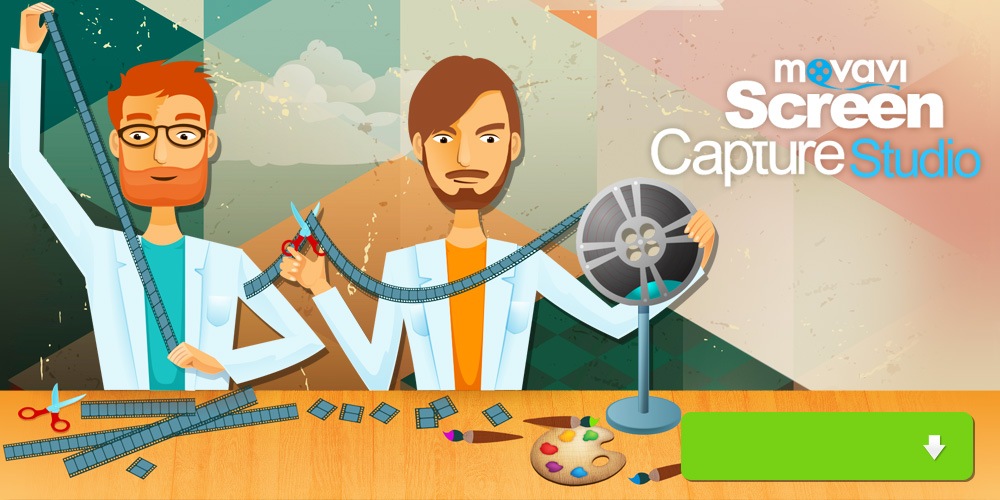 Arguably the most unique aspect of Movavi Screen Capture Studio is its intuitive approach that makes it accessible to beginners as well as more experienced users. By coupling that with advanced capture and editing features, it is able to match any other video recorder and can even exceed them in some areas.

On the video recording front Movavi Screen Capture Studio is capable of recording from a screen, webcam, or can even digitize VHS tapes, or import video from AVCHD cameras. Its editing features are just as diverse, and include the ability to cut and join video segments, improve the video quality, apply special effects, add audio tracks, insert transitions, include captions, and much more.

Considering that it is a match for professional video recorders, its price tag is surprisingly reasonable and will only cost you $49.95. As it is a fraction of the cost of its competitors and yet offers similar features, it is definitely the best video recorder for Macs on the market.

As you can see there are a lot of excellent choices when it comes to video recorders for Mac, and the 5 listed above certainly represent the cream of the crop. Depending on the type of video recorder you’re looking for it should be easy to settle on one that suits your needs.

All in all despite the fact that other video recorders are certainly capable, it should be noted that Movavi Screen Capture Studio is a class apart. For its price tag it will give you access to advanced features that would normally cost several times more – making it the obvious choice if you want a video recorder that can deliver high quality videos.