Apple iPhone 5 is perhaps the most hyped phone. Mobile enthusiasts are generating their own speculations before the launch of the mobile, and to some extent it’s release date is expected to be on 12th day of September. People have lots of expectation about the features of this upcoming phone. There are many rumors about the specifications of this phone. The phone is expected to big display, big battery and many more. For enhancing your knowledge about this hyped iPhone, you can read Apple iPhone 5 Review. 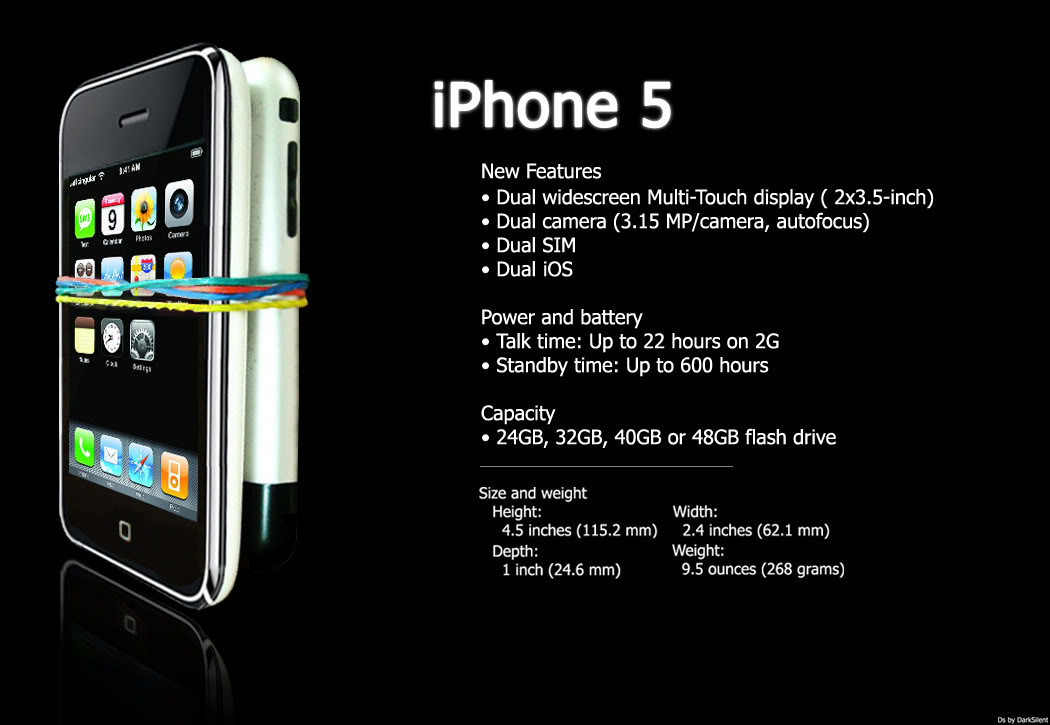 The appearance of the phones is expected to be quite stylish and advanced than the previous version iPhone 4S. However, there will be some iteration with iPhone 4S such as two-toned metal backplate. The size of the display will be extended up to the ratio of 16: 9, which is larger than 4S. Since the size of the phone will be large, there will be extra-large space in the interior to insert the big sized battery. Moreover, it will be equipped with small 19 or 8 pin dock connector. For capturing unforgettable moment, a Face Time camera is available with the phone.

The latest iPhone will be operating with the help of iOS 6, beta version. With the new operating system in the phone, plenty of new things can be done in it. You can install 3D apps in-house Maps. The new Map will include more cities, which will help you to locate new places. This updated version also includes Bluetooth sharing, by which you can share your data via Bluetooth. There are many other features of advanced version operating system iOS 6.

Customers were quite disappointed after the release of iPhone 4S as the features were quite similar to iPhone 4. The battery life of the phone was also very less, which does not last for long duration. This time it is expected to that the size of the screen will be around 4inch. Therefore, as per the Apple iPhone 5 Review, it is revealed that the size of the battery will also be quite larger than iPhone 4S. Apart from the large screen size and display, the phone will feature 4G LTE networking. With this networking, the phone will perform in a fast rate. The users will get a speed, which they have never expected.

Inclusion of NFC (Near Field Communication)

The most advanced feature of iPhone is that it will support near field communication (NFC). With the help of the technology, you can share or exchange the data from two similar devices such as smartphones, by keeping them in close contact of few centimeters. This technology will execute on radio communication, which is quite simpler than Wi-fi technology. So, with the help of this technology, you can replace the complicated process of pairing the devices in Bluetooth and configuring the Wi-Fi in the device.

There are many speculations about the features of iPhone 5, but to know the original features of the phones, perhaps, you have to wait till 12 of September in this year. Apple always tries to give something new to its customers, so they are launching the advanced version of the iPhone. They are trying to incorporate the features in iPhone 5, so that it can counter its closest rival. However, beefier the release of the phone, Apple iPhone 5 Review says a lot about the upcoming iPhone 5.