Apple is the most premium smartphone brand in the world. It announced on Friday that it will be handing over 200$ million to the maker of its smartphone glass Corning to come up with a more advanced glass. Corning makes scratch resistant glasses for every iPhone and iPad and Apple wants them to develop more sophisticated glass.

Corning has been the partner of Apple sine the last 10 years as it has made the glass of every iPhone since the beginning. Apple’s investment will promote advanced manufacturing in the US and help Corning develop thinner, versatile glass not only for iPhones but also for upcoming Apple products such as screens for cars, augmented reality and many other projects in the pipeline that Apple is rumored to be working on. 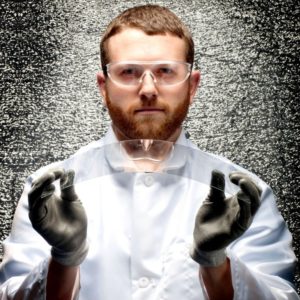 This move is also a welcome change to make products in the USA and will be a goodwill message to President Trump too who had previously criticized Apple for making their products in other countries like China. Last month, Trump had sketched out a plan to cut overall corporate tax rates and offer companies a special tax break for bringing back profits held overseas.

Apple has accumulated more cash than any other company in the US, 257$ billion as of April 1 and all of it is lying untaxed in foreign banks. Apple’s CEO, Tim Cook has reportedly complained that taxes in the US are too high and has vowed to not bring the cash to the US until and unless the taxes are cut down.