At build 2017, Microsoft demoed a video running full Windows 10 on ARM device. There has been speculation since last year that Windows will be heading to ARM devices and Microsoft made it quite clear last night. Last December, Qualcomm had said that they will be making Windows 10 devices with Snapdragon processors. 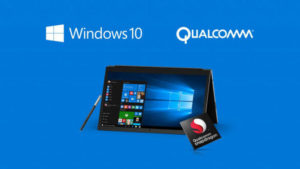 It will be a full desktop experience with not just store apps but full win 32 apps running. It is not locked down to store apps unlike the recently released Windows 10 S, which means it will run non-windows store apps just like your PC. It is an exciting time for windows fans and will open up a lot of opportunities for OEM’s to innovate and churn out a variety of devices across different scale factors.

Windows 10 on ARM processors mean that there will lot of perks like better battery life, Camera hardware, LTE capabilities and different USB ports. The performance on the demoed video, which was 13 minutes long was pretty good and the device nicely emulated Windows x86 apps. They said that it’s still in its early stages and not ready for prime use. They demoed it in a black box and said that the final devices will be laptops and hybrid devices like 2-in-1’s.

Native apps such as Cortana and Microsoft Edge run normally but the emulation of x86 apps is the big deal. Microsoft also promises that with x86 apps, UWP apps also run way better than before and we are holding our breath for more info on this.