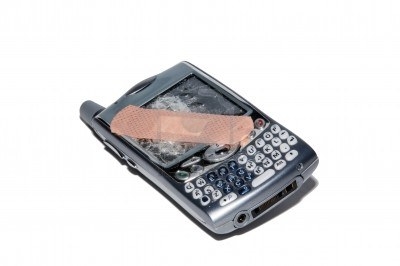 A whopping 29% of smartphone claims involved dropping phones down the stairs. This does not include sidewalks, parking lots, hardwood floors or hot air balloons (yes it has happened). With all the hands free accidents befalling mobile devices these days it’s remarkable they don’t come pre-adorned with rubber bumpers and reinforced casings. The good news? You can pick up a great iPhone case that can withstand almost anything you can throw at it (Galaxy too), except maybe for hot air balloons.

29% of reported damages were caused by spilling a drink or with an upsetting 20% dropping their phones in a toilet. Of which 60% percent of survey participants would do something disgusting and/or dangerous to retrieve their wayward devices. One of the leading causes of damage to smartphones is also one of the worst in regards to potential recovery. It is exceptionally difficult to retrieve lost information from a corroded circuit board if they can carry a current at all.

One out of four parents reports having their smartphone damaged by their children. In all the creative and mind boggling ways in which young ones destroy things, I’m not surprised. In the hands of a skilled toddler an unprotected cell phone can go from cutting edge to paperweight in no time flat. But not before reaching a new high score on Angry Birds.

Believe it or not the scratches on your screen are not caused by the keys in your pocket. Well ok, sometimes it is but a lot more often it has to do with particles of dust and dirt rubbing against the glass as you move. Add in loose change and a plethora of loose items in the average handbag and you have a virtually unlimited supply of possible screen tarnishing alternatives. In fact car keys are so passé when you can get a one of a kind corner to corner scratch from the prongs of a salad fork stealthily hidden in the bottom of your purse by a particularly accomplished toddler.

Smartphones these days have a seemingly unlimited potential. One of the ways to unlock that potential is to unlock the phone. While wildly tempting and possibly rewarding, unlocking a phone does two things immediately. It voids your warranty and it increases the chances of unintended damage to the software almost exponentially. Unlocking your phone could even cause many of your favorite apps to stop working. Any mistakes during the conversion process and you’ll be staring at an error screen on an expensive doorstop. While this kind of aftermarket tinkering is definitely not recommended, if done, it should at least be done by someone with experience.

These are obviously just some of the more common ways to damage a phone. Some of the more interesting ways have included methods ranging from the bizarre to the extraordinary. Making the list are most certainly the above mentioned ways plus others like being dropped from a hot air balloon, lost at sea for seven months and blown over 3,000 feet in the air by a giant fireworks display. Maimed, destroyed, and nearly obliterated people have come up with almost every imaginable way of bringing their tech to an untimely death. In most cases preventable by a decent case. At the least an additional coverage plan to the standard limited warranty would have turned some of these accidents into just bad memories instead of costly financial losses.

Previous Post The Benefits of an Integrated Oven for your Kitchen