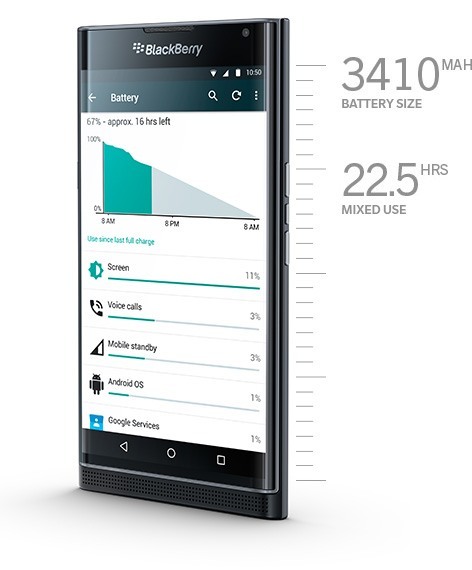 Display: 5.4 inch AMOLED screen with the resolution of 1440×2560 pixels which is also protected with Gorilla corning glass.

Touch and Keyboard: Multi-touch screen up to 10 fingers and as before it is designed with QWERTY pad. Both mutli-touch and QWERTY keypad are provided for Blackberry Priv.

Camera: Primary front camera is 18MP coupled with autofocus face detection with dual LED flash light. Secondary camera is not as much as expected which is only 2MP.

OS: Blackberry is first time coming with the collaboration of Android v5.1.1 (Lollipop).

Availability: Blackberry Priv is available in all popular online shopping websites with best price and offers from January, 2016.