An affordable smartphone launched by Zen a few days back in the Indian market. The latest offering from Zen is named as Zen Cinemax 4G which is launched with a price tag of Rs 6,390. If you’re looking for a decent spec device with 4G support, then Zen Cinemax 4G would be a perfect option for you to choose. The device is available to purchase in online stores as well as in retail stores. In case, if you haven’t been through the specifications of Zen Cinemax 4G, then here you go. Here are the complete specification details of Zen Cinemax 4G. 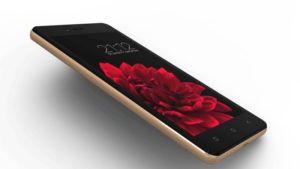 Zen Cinemax 4G comes with a screen size of 5.5 inches; the display comes with a resolution of 480 x 854 pixels. The videos or photos aren’t that sharp because of low resolution. Talking about the processor spec, Zen Cinemax 4G is powered by a quad core processor which is clocked at 1.3 Ghz. The processor is coupled with 2 Gb of ram, and 16 GB of internal storage which can be further expanded up to 32 GB using a MicroSD card.

Coming to the camera specs, Zen Cinemax 4G sports a 5-megapixel camera on the front as well as on the back. The back camera comes with flash. Zen Cinemax 4G is powered by a 2,900 Mah battery which lasts long for at least a day even on intense usage. Zen Cinemax 4G runs on an android version of 6.0 Marshmallow out of the box.

Zen Cinemax 4G is a dual sim device, other basic features like VoLTE, 4G, 3G, Wi-Fi are included in this smartphone. So that’s all you get in the Zen Cinemax 4G. Do let us know your though on the specs and pricing of Zen Cinemax 4G in the comments section below.

Next Post New Smartphone From Micromax Launched In India For Rs 6,749