Snapchat’s popularity has exploded in recent years. It’s now one of the most popular messaging apps in the world, with an estimated 400 million users. Snapchat is a messaging app with a difference. It allows you to send temporary snaps of photos or videos to your contacts, which they can view for up to 10 seconds before disappearing. It’s also possible to send longer-lasting ‘chat’ messages, but the app is most commonly used for its quick-fire snaps.

Snapchat is big on random icons. Some of these icons are so random that it’s difficult to discern why they’re there. But it’s essential to know the significance of these icons if you’re a severe Snapchat user. They play a role in conveying something important about your Snapchat behavior, precisely, your Snapstreak. 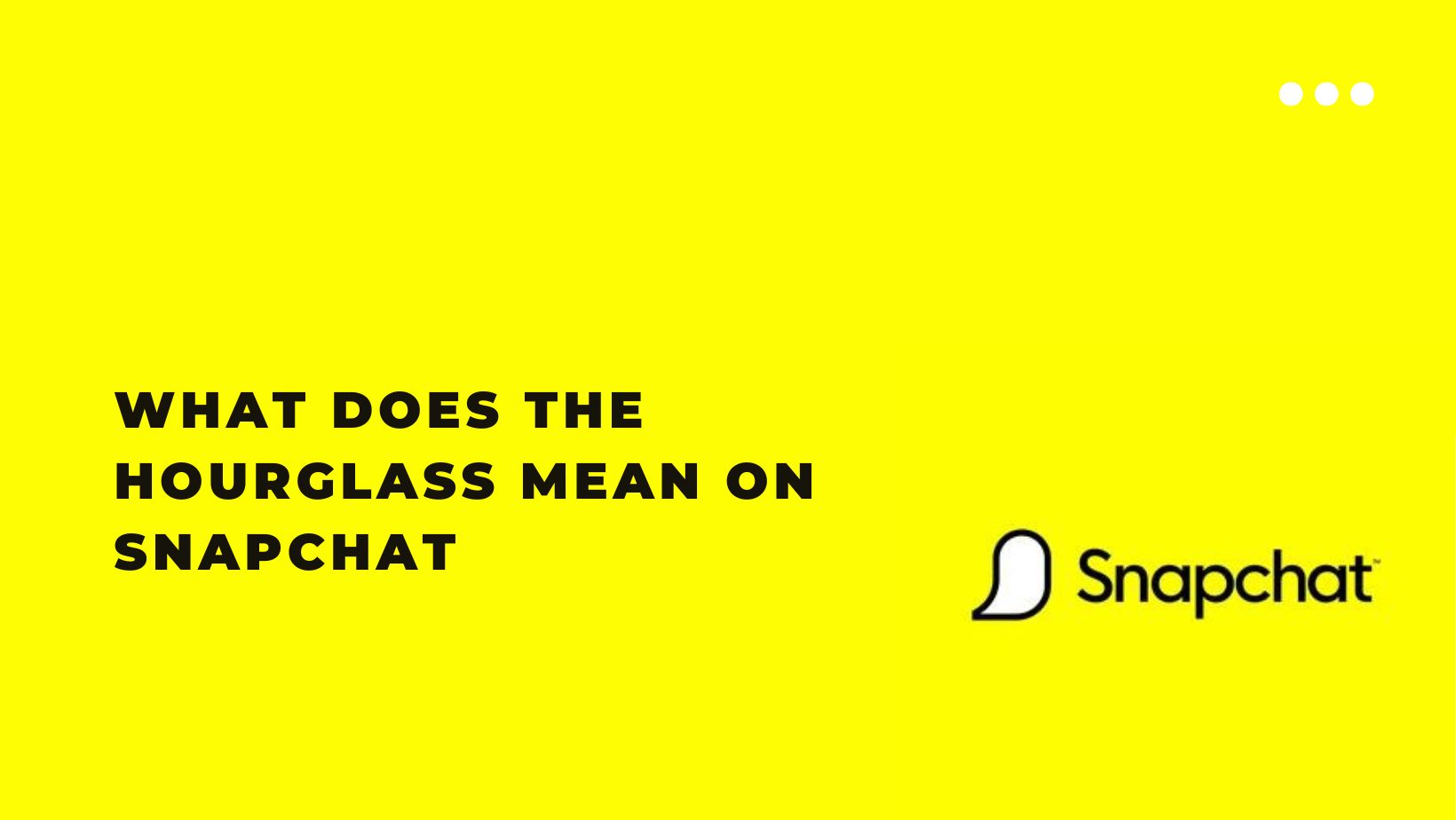 You may see an hourglass next to the name of one of your friends, but what does this emoji actually mean on Snapchat? Here’s what you need to know. This article considers hourglass means on snapchat and how to disable it. Therefore without further Ado, let’s focus on the article.

What does the hourglass mean on Snapchat?

Snapchat is still a bit of a mystery to many people. Even those with the app installed don’t seem to understand its functions. In fact, I know people who have had Snapchat for over a year and are still trying to understand what some of the symbols mean. I think this is because Snapchat is constantly adding new features and updating the app, so it can be hard to keep up. One symbol that confuses a lot of people is the hourglass emoji. If you see the Hourglass icon on your Snapchat screen next to the Snapchat name of a user, it means that the Snapstreak between you and the user is about to end. A Snapstreak is a number that appears next to the user’s name to indicate that you have sent each other Snaps for several consecutive days.

How to Fix the Hourglass Icon Problem?

If you see the Hourglass icon on your Snapchat screen, you can try the following solutions to fix the problem-

Send a Snap to the friends whose Snapstreak is about to end.

If you are having trouble sending a Snap to your friend whose Snapstreak is about to end, you may have an Internet connection problem. To fix this problem, you should check if your device is connected to the Internet properly.

Try restarting snapchat. This may fix the problem if a temporary glitch causes it. If restarting does not work, try closing all open programs and restarting your device. This will help to rule out any programs that may be causing the problem.

If the hourglass icon is still appearing, try running a virus scan on your preferred device. This may find and remove any malware that could be causing the issue.

These are just a few things you can try to fix the hourglass icon problem. You may need to contact a computer technician for further assistance if you still have issues.

Does the hourglass appear on both sides?

Yes, the hourglass appears on both sides.

Can you see how many days someone has been on Snapchat?

How do you know if Snapchat is going to disappear?

If you’re sending a Snapchat and you see a clock next to the person’s name, that means the Snap will disappear after they view it.

What does the half-moon mean on Snapchat?

The moon next to a contact’s name on Snapchat indicates that you have muted their snaps.

What does the heart mean on Snapchat?

What does the 3-hourglass mean on Snapchat?

We have added all the information about hourglasses on snapchat. We hope it helps. Anything apart from this can be asked via the comments section.

Next Post What is Fun88? How to Register on Fun88 Application?