Cloud computing let users access what they want from the cloud over a wifi network. Unlike, cumbersome desktop or laptop computers, cloud computers do not have a hard drives, nor are they packed with hefty word processing or other software.

You have probably heard ads letting you know that the future is in “the cloud.” Until the last year or so, the only way to access the Internet was to upload Internet software to your computer. With software loaded, you could log on to the web through an Internet connection. Once online, you could browse for websites and send an email, but there was no way to write a letter, create a spreadsheet, or share a document without exiting out of your browser and opening a program on your computer. 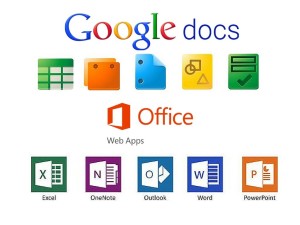 Any document you created would “live” on your computer’s hard drive. No one but you would have access to your documents. A person wanting to view your documents would have to read the document while sitting at your computer or receive it via email. In order to share documents, you would have to attach a document to an email and send it to colleagues. Cloud computing allows users to do almost everything needed for work, home, or school through the Internet.

With the advent of wifi — wireless — networks, more and more new computers lack a substantial hard drive. These computers, known as networks or wifi-compatible computers, are lighter than desktop and laptop computers. Since netbooks lack hard drives, software can not be uploaded easily. Netbook computers benefit directly from the interface offered by web-based services, like Google Docs. A recent addition to the market is Microsoft’s Office Web Apps.

Google Docs and Gmail are part of a suite of services from Google, which include word processor, spreadsheet, presentation, form, and data storage services. Gmail, a free email service provider, revolutionized the email industry by offering an initial storage capacity of 1 GB per user, according to Wikipedia, while the industry standard was 2 to 4 MB for each user.

Why Choose One Doc Over the Other?

Another drawback of Office Web Apps is that the service has only been on the market since June 2010. Google Docs, by comparison, was released around 2006. New software and services can have problems or bugs that need to be resolved. A reviewer from The Next Web reported that Office Web Apps ran slowly during test runs. The reviewer saw significant drawbacks with lack of adequate email integration. He did praise the fact that the word processing capabilities are far superior as Office Web Apps is based on popular word processing software, Word. For writers, marketers, and public relations professionals used to working in Word, Office Web Apps would allow for a smooth transition.

For business, ease of access is a key factor. The ability to access data via phone enhances the interface of users. Users can access Office Web Apps via Mobile Viewers for Microsoft Office. The following Internet-supported smartphones are supported by Office Web Apps: Windows Mobile, Blackberry, iPhone, Android, and Nokia. Google Docs can be viewed by opening m.google.com on Blackberry, iPhone, Android, and Nokia, but not Windows phones.

Next Post Ticket Jugaad App for Seats Availability According to Station