Cloud computing means you’re not using valuable storage space on your own machines and servers. A remote server, often hundreds to thousands of miles away from your on-premise site, houses all the data and takes up zero space on your local devices. Commonly used applications are often based on the cloud-storage concept, such as Google Docs, YouTube and even Facebook. 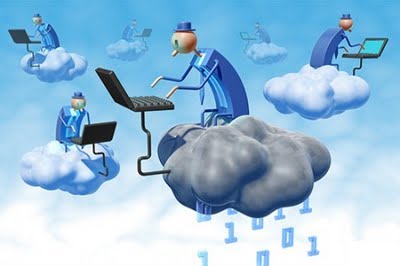 When you’re capitalizing on the many benefits of cloud computing, things are mostly hands-off for you. In addition to data storage, development is taken care of remotely, as is security. All you have to do is use it. So how do you know if your cloud server is up to date?

Typically, cloud applications are always running the most up-to-date versions. That’s because any updates are taken care of on the remote end, meaning the developer’s own team is handling them. You often don’t even know these updates are taking place, unless it’s so extensive that it causes downtime for users.

Most cloud servers and data warehouses use something called redundancy to minimize the impact on end users during maintenance and other updates. This essentially means that your stored data is duplicated and available from more than one server, so that if one server is down you can still access, send and manipulate files.

Another protection for users is servers which run on multiple power supplies. If your data is housed on two servers for redundancy, for instance, one of those servers may be run on electricity while the other is run on an alternative source of power. In this case, should electricity fail in the remote location where your servers live, you’re again ensured consistent access by tapping into the reserve server.

These automatic updates are one of the biggest energy- and resource-saving components of using the cloud as opposed to traditional client-side servers. In the cloud, there’s no need to update servers manually and no need to install any software updates on each user’s local, on-premise device.

This technique offers massive savings in terms of energy and resources. A single update by the server host applies to each and every end user, although the update was made only once. This is a drastic difference from the days before the advent of cloud computing, when IT departments could spend weeks ensuring that every team member’s machine had been updated to the most recent version.

The result is a completely hands-off solution for enterprises and average users alike. There’s never a need to be concerned with how up-to-date a server is. Most modern cloud server providers have redundancy systems and backups in place. Even if a server is being updated, there’s zero interruption to data accessibility. The best news is there are rarely—if ever—any fees associated with an update to an application or server. Any costs associated with development and upkeep are spread across the total number of users, meaning users pay for only what they use and at a fraction of the cost of implementing an on-premise application.