Kings XI Punjab is playing inconsistently in the ongoing IPL season 12. The team players have been performing great in alternative matches over different teams. In today’s match, KXIP will host Royal Challengers Bangalore on Saturday 13th April 2019. We all have already witnessed that RCB hasn’t won even a single match in the current edition. Despite playing the matches under the captaincy of Virat Kohli, RCB couldn’t get a single victory in their previous matches.

As of now, the team has taken part in 6 matches and lost all of them. In the upcoming match, KXIP is going to combat against RCB. The match is going to take place at Punjab Cricket Association IS Bindra Stadium in Mohali. The match’s venue is the home ground of Kings XI Punjab. There are higher chances for KXIP to win today’s match against RCB. 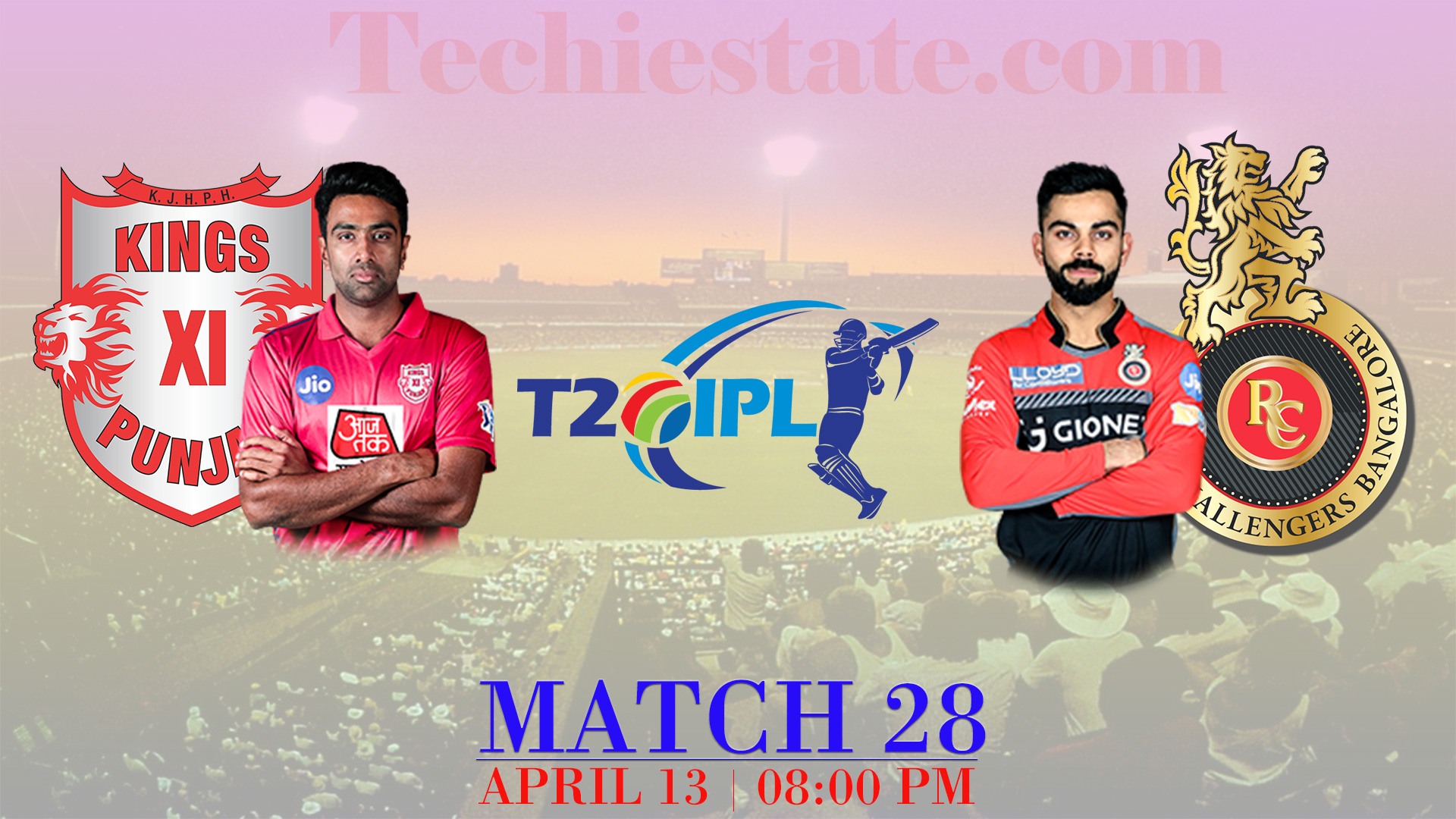 However, the RCB team which is quite desperate about their victory might have a probability to win the match. Anything can happen during the match just like what had happened in the last night’s match between KKR Vs DC. Everyone predicted that KKR might win the match but DC has surpassed the score of Kolkata. Just like that, RCB might win the match against KXIP in today’s match. Here is everything you need to know about KXIP Vs RCB 28th Match prediction, match preview, pitch report and more. Have a look!

KXIP had won a total of 4 matches out of 7 in the Indian Premier League edition 12. Recently, KXIP lost their match against Mumbai Indians. As per their winning graph, they have been winning and losing a match in an alternative manner. This time, Kolkata have chances to win the match over RCB. As there is a chance of playing the match in their home ground, they might win the match today.

Both the team players headed to the PCA Stadium in Mohali for playing their match against each other. While KXIP is boosting their performances and winning matches, RCB is still landing at the bottom of the IPL points table with no single win. RCB has been a great disappointment for the cricket lovers this season. In all the matches, RCB has lost their matches in the current league. Despite placing their efforts in bowling, they couldn’t defend even a single team. In the year 2018 IPL, RCB won 6 matches out of 14 matches and proved itself to some extent. But, RCB couldn’t prove itself by winning at least a single match in the ongoing IPL season 12.

Where to Stream Live Cricket

Prediction: We predict that Kings XI Punjab might win the match today against Royal Challengers Bangalore. As RCB couldn’t get a single victory until now, there is no chance for them to beat KXIP this time.

We wish both the teams all the best for their upcoming match. Stay tuned to this website for more latest live streaming updates and cricket scores. For more details, bookmark this website using Ctrl + D keys.