Coolpad Group Limited is a Chinese telecommunications equipment company with its headquarters in Shenzhen, China. Coolpad is among the most prominent smartphone companies in China. It recently came into the Indian market via a partnership with the online shopping e commerce website Snapdeal. Coolpad’s smartphones are especially available on Snapdeal for the company’s Indian consumers. 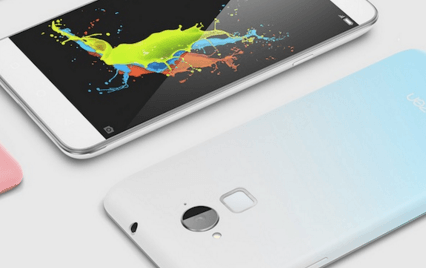 Chinese smartphone manufacturer Coolpad launched its Note 3 smartphone in India, in October which is exclusively also available via Amazon India at Rs.8, 999. The handset was launched in China in late July. This device becomes a budget friendly phone offering Fingerprint sensor. The Finger Print Sensor works flawlessly on the device, but that is not the only thing the customers care for.

The dual-SIM supporting Note 3 runs on Cool UI 6.0 based on Android 5.1 version Lollipop, and is well equipped with a 5.5-inch HD (720×1280 pixel) IPS display with viewing angle up to 178 degrees. It is run by a 64-bit 1.3GHz octa-core MediaTek MT6753 processor coupled with 3GB of LPDDR3 RAM along with 16GB of inbuilt storage, which can be further increased via micro SD card (up to 64GB).

The 4G LTE smartphone in India comes with a 13-megapixel back autofocus camera with LED flash, f/2.0 aperture, 5 Element HD Lens, alongside a 5-megapixel selfie shooter. Both front and back-facing cameras comes with a CMOS image sensor for better image quality. The Coolpad Note 3, which runs on a 3000mAh battery, is available in white and black colors.

The fingerprint sensor is said to support 360-degree finger rotation, and offer speedy recognition in 0.5 seconds. Coolpad Note 3 has Gravity Sensor, Accelerometer, Ambient Light sensor, Magnetometer, Gyroscope and Proximity sensor on it. The GPU available on this device is ARM Mali-T20.

The Coolpad is also outing the UI features like multi-window mode, double tap wake up, and smart gesture. It is worth noting that the Coolpad Note 3 is probably the only Android 5.1 Lollipop smartphone to feature 3GB of RAM and a fingerprint sensor under Rs.10, 000. The handset’s closest competitor is the Yu Yureka Plus, which recently got a price cut and now costs Rs.8, 999.

In Coolpad note 3, the back cover is removable and it is made of plastic with a matte tough. The front of the phone is covered with glass and a thin shiny border runs around the edges which are also made of plastic.

Although, the fingerprint sensor steals the show with its performance, but the pocket friendly price, makes this phone a fair deal overall. The display is good and the phone performs fairly. This device is full of features and will keep you focused on the go.