You probably have been hearing about Bitcoin lately, more so in the recent weeks as it’s getting more and more popular. It’s a revolutionary currency that is completely de-centralized. No regulations and no control from the government. No demonetizations, no economic crises. It actually started after the 2008 global economic crisis. 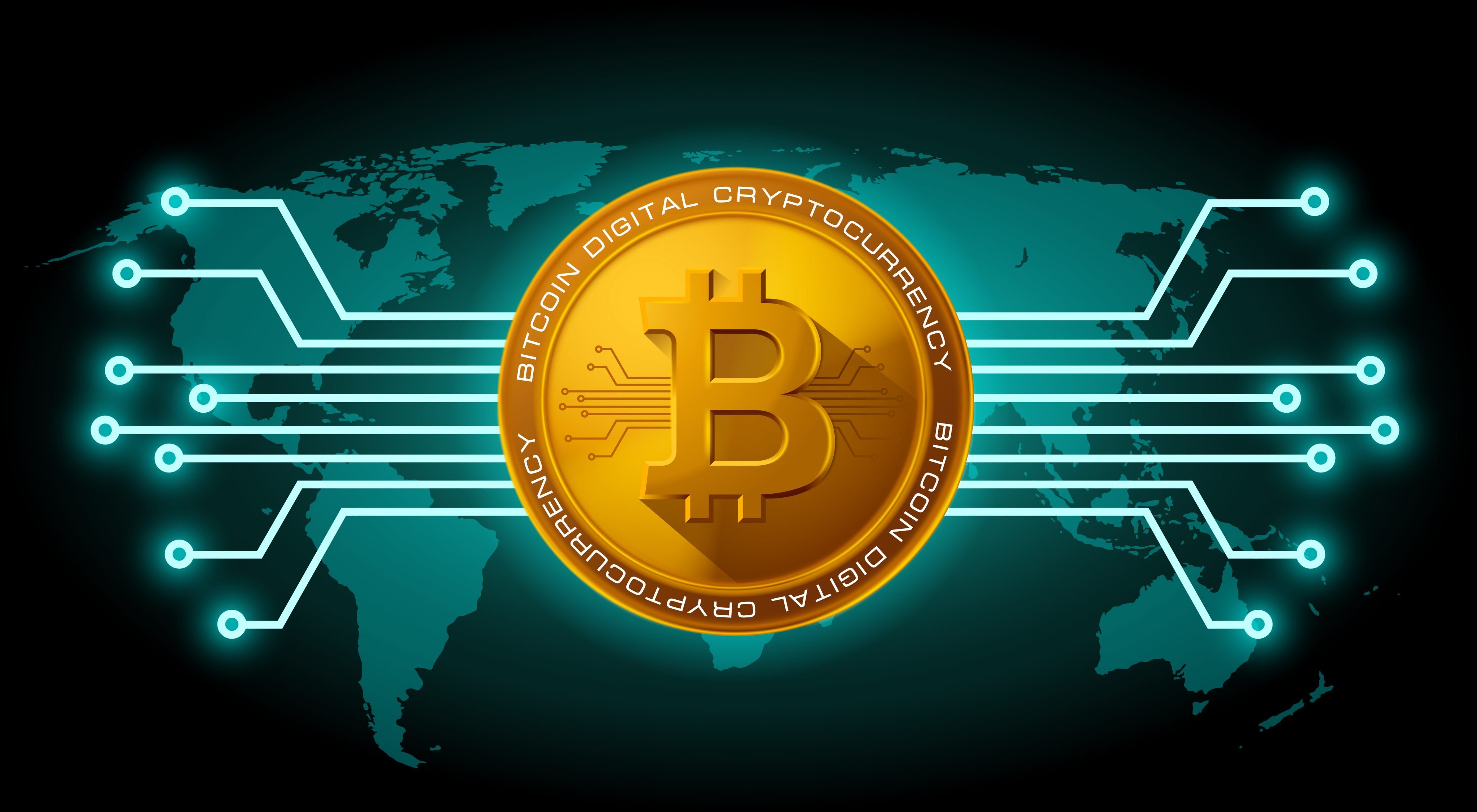 Every currency should have four major characteristics to survive. Durability, Rarity, Divisibility and Portability. Bitcoin has all of them. It is durable. It is rare as only 21 million bitcoins can be created all over the world. It is divisible as 1 Bitcoin equals 100 Million Satoshis. You can even have 1 Satoshi. Satoshi Nakamato is the founder of this most popular cryptocurrency. It is also portable just like real cash, you can carry it in different types of wallets as we will see later.

The whole premise of Bitcoin lies in getting rid of the middleman, the government. Avoid the government, avoid the charges, avoid the tax, avoid forgery, avoid unprecedented transaction costs. This is what is attractive to the common human. A bitcoin cannot be stolen from you. It cannot be destroyed just like the Internet cannot be destroyed. It is the biggest invention of the 21st century so far. The icing on the cake is that it is just the beginning.

Are you a beginner? Let’s take an example

Most of us are still not very sure of Bitcoins. It’s a cryptocurrency. It exists because of the Internet and it is available to anyone just like the Internet. It is best that you don’t miss out on this boom as Bitcoins are going through the roof. 1 Bitcoin today equals close to 6 Lakh INR and it’s rising and rising since it was first invented.

Bitcoin basically is a set of codes. There are Bitcoin Miners across the globe who make sure of every transaction that’s happening in the Bitcoin world. Let me use a simple example of how the transaction works. Let’s say you owe your friend 1 Bitcoin for dinner. You open your wallet which stores your currency. Firstly, you have a public key and Bitcoin addresses of every user through which you can transfer bitcoins. There is also a private key for yourself to access your wallet which you should not share with anyone. You have to know your friend’s public key to transfer 1 Bitcoin to him. The process is simple, you transfer it and the rest is taken care by the block chain which is the computer netwoek behind this. There is a set of mathematical intricacies and problems that go through and within ten minutes, your friend will have received his bitcoin.

The miners will make sure that no double spending occurs and that the transaction is recorded in the ledger for everyone to see. In return, the miners get free bitcoins. Thus, you have completed the transaction successfully.

Where to store your Bitcoins

Just like money, Bitcoin is also stored in wallets. There are different types of wallets such as Mobile Wallets, Web wallets, Paper Wallets, Hardware wallets, Browser-native wallets etc. Hardware wallets are the most secure as you have a USB type of Wallet that stores your digital money. But buying them can be a hassle unlike Mobile wallets which are available on Android, iOS and your PC.

Should you invest in it?

Bitcoin network is incredibly tough to hack. Almost next to impossible as every transaction is interlinked and mining is happening all the time. But, you may have your reasons not to invest in the Boon right now as you may feel skeptic about it. It’s a new technology most people are unaware of. You should not invest if you are not sure of it.

You should invest if you want to experience the market boom and are willing to take risks.  There are multiple other crypto currencies such as Etherium and IOTA but they haven’t reached the popularity of Bitcoin yet. Moreover, more and more sellers are accepting and trading with Bitcoins than any other crypto currency.

Bitcoin by nature is highly volatile and can increase or decrease exponentially overnight. So, we would not advise you to invest by taking high risks. You should invest only if you are okay with losing the amount. But, as a volatile currency, it is advisable that you can invest 1 % of your total investments in the bitcoin.

What transactions can Bitcoin do?

While it’s a no-brainer that you can buy and sell Bitcoins online, you might be more interested in questions like what all can Bitcoins do? Will your local grocery store accept bitcoins? Can you buy real estate with Bitcoins?

Well, answering this is a bit tricky as there are no regulations and thereby, no tax on Bitcoins. You can certainly do mobile recharges and buy stuff online with Bitcoins provided that the seller is accepting them. Well, that’s most of what you can do with them because majority of people are oblivious of bitcoin. They do not even know that such a thing exists.

The good news is that more and more people in the developing countries are accepting Bitcoin as a form of payment. If everything goes well, Bitcoin can be the most valued thing and any holding a tiny part of it will become real wealthy.

Where and How can you buy Bitcoins in India?

This is one of the most asked questions once people get to know about Bitcoin. How do you buy them in this country? First off, you cannot buy them through real cash. You have to use internet banking and NEFT/RTGS to buy them. There are many online companies and startups coming up using which you can buy Bitcoins.

Below are the steps you need to complete to buy Bitcoins in India. It is similar in all the countries but this is India specific.

The first step is to ensure that you are KYC compliant.

How to buy Bitcoins using ZebPay, the most popular Bitcoin app in India

Zebpay is the most used app for buying Bitcoins in this nation. It’s the numero uno app in India. It was the first app wherein you could buy Bitcoins. All other apps followed up after Zebpay. Let’s analyze and compare which apps you can use for buying and investing in Bitcoins. What are the pros and Cons of each of these four apps?

This is another app that is a fierce competitor of ZebPay. It’s a win-win situation for the customer as he gets more options. Let’s have a look at the pros of cons of Unocoin.

Coinsecure is a relatively new platform for trading Bitcoins. Let’s have a look at the pros and cons of this platform.

This is another website where in you can buy Bitcoins. The massive advantage that this site offers is that it doesn’t require KYC compliancy which can be a deal breaker for some.

There are plenty of other websites offering Bitcoins in India but these are the top and most well known. Also, less risky and completely supportive. Go with them.

Following will be the points you will have to follow if you wish to invest in Bitcoin.

There you go. We touched upon everything from What is Bitcoin to How and why it started. Hopefully, you grab this excellent opportunity and invest in few Bitcoins. If all goes well, you may become rich. We also saw various internet companies offering Bitcoins for trade such as Zebpay, Unocoin and Coinsecure. There are many other alternatives but these are the top three in India currently. Zebpay has got excellent support, Unocoin is fast and Coinsecure is cheap and effective. Go with the one that suits your needs.

There are plenty of other cryptocurrencies in the internet making rounds. One such is Etherium. You can think about them as investment options too if you are willing to take the risk it comes with. If you are still thinking, we reckon you invest today. Bitcoin is always cheaper today than tomorrow and you don’t want to miss out on this crypto currency boom.

There is plenty of evidence suggesting that crypto currency is the future of wealth and money. Most people may brush this off but if we look for the trends in every industry, it’s the data that’s on top with eradication of human intervention. Bitcoin is data. Cash involves human intervention. Bitcoin is highly anonymous and incredibly secure. This is the biggest upside of it.

Previous Post Cloud Security Monitoring and Cloud Benefits, Why So Many Businesses Use The Cloud
Next Post AWS Certification