When your phone moonlights as a PA, an alarm clock, an entertainment system, and a bank, it’s easy to think your handset can do anything. But one thing that black rectangle can’t do, regardless of brand or model, is fold. Yet. Foldable and rollable smartphones are on the horizon, and they’re most likely to arrive in Samsung packages.Rumors has it the phone will be called the Galaxy X. Though it doesn’t have a release date set yet, there’s proof the world could see the first bendable phone in the Galaxy X in the next five years. 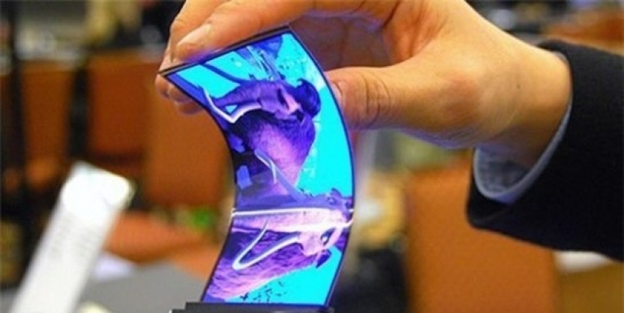 Though few have heard of it, a foldable device has been an interest of Samsung engineers for a long time. It all started with a concept video showing off a thin, flexible, and transparent AMOLED screen. The very first prototype of a flexible screen dates back to 2011, when Samsung created a model capable of bending. Though it was rough in design, the model proved that it could withstand 100,000 bends with very little damage to its chassis or screen.

You may be wondering why they didn’t release a modified version of the prototype earlier. A series of manufacturing issues prevented Samsung from putting their designs into mass production. These problems caused Samsung to abandon their earlier attempts and to focus on something new.

After a couple of years of toiling, Samsung debuted Youm, a new display technology at CES 2013. It was a flexible OLED screen that could bend, curve, and even fold along a line. By the fall of that year, Samsung introduced Youm into its very first smartphone, the Galaxy Round. Since then, Samsung uses Youm to create its curved edge displays in its S-series.

Fast-forward to 2015, and Samsung christens its attempts at a bendable phone as Project Valley. By 2018, it adopted the new name of Galaxy X, as well as an excess of rumors about its supposed designed. Some believe it will come in the package of a 5-inch handset that can unfold add an additional 8-inches. Another rumor suggests the X will look like a men’s wallet that can unfold to reveal a larger display.More rumors indicate Samsung hosted a private CES 2018 event where it presented its latest prototype.

When it’s still shrouded in mystery, the Galaxy X has no proposed release date. It’s unlikely to have a 2018 release, considering Samsung plans to launch the Galaxy S9 sometime this year. With Samsung focusing its energy on another model, you have enough time to start saving up for the X. Every little bit counts, even if you can only contribute five dollars every two weeks to your fund.

Depending on your contributions and its confirmed release date, you may still be tight just days before its release. If that’s the case, you can bridge the gap between your savings and checking account with a fast-acting cash loan. While traditional financial avenues often involve laborious policies that can slow down your application, online direct lenders cut through the red tape to help you get an advance as soon as you need it. If you contact certain lenders, you can get a loan online in as little as one business day, so you’re always prepared for a launch date — whenever it may be.

Its ultimate release date will depend on its design. Whether Samsung chooses just a folded screen or one that can roll up entirely still remains to be seen. One source says we can’t expect the X before 2019. Nearly two years is a lot of time for speculation to brew, so more rumors are likely to flood the tech world soon enough. Whatever comes out of the rumor mill, one thing is certain. The question is no longer whether Samsung can do it but when.